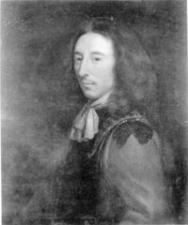 oxford
views updated
Sidney, Algernon (1622–83). Sidney was a famous Whig martyr and apologist. His brother, the 3rd earl of Leicester, was a strong supporter of the Commonwealth and Sidney fought for Parliament at Marston Moor, where he was wounded. He refused to serve on the court that tried Charles I but joined the Council of State in 1652. He disapproved of Cromwell's Protectorate but rejoined the Council of State in 1659. At the Restoration he was abroad on diplomatic missions and prudently decided to stay there. He returned to England in 1677 just as the Popish plot was about to explode. He joined Shaftesbury's Whig opposition and, though a theoretical republican, took money from Louis XIV to embarrass Charles II, leaving Macaulay to lament that a ‘hero, philosopher and patriot’ should have fallen so low. In 1683 he was tried before Jeffreys for involvement in the Rye House plot and convicted on shaky evidence. A manuscript discourse on government, written in reply to Filmer in 1680, and not published until after Sidney's death, was produced to show that he advocated that the people were the source of all authority and had the right to bring tyrannical monarchs to justice. In his statement at the block, Sidney wrote that he died for ‘that Old Cause in which I was from my youth engaged’. Macaulay wrote that he died ‘with the fortitude of a stoic’ but Burnet, while admitting Sidney's bravery and sincerity, observed that his ‘rough and boisterous temper could not bear contradiction’.