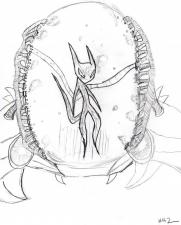 oxford
views updated
gigue, giga (Fr., It.). Jig.
1. A lively rustic Eng., Scot., and Irish dance type (see jig), usually in compound duple or triple time, with the characteristic rhythm etc. Eng. virginalists were first to use the gigue, which was introduced to the Continent by Froberger, 1657, though the term had appeared in 1648 in a lute piece by Ebner. Pieces in gigue style were absorbed into the suite as the customary closing movts.: in Bach's gigues the 2 halves of binary form often opened in something like fugal style, the subject of the first half being often inverted as that of the 2nd half. (Occasionally Bach applied the term ‘gigue’ loosely to a piece in simple duple or quadruple time.)

Rubiks Cube , Background Rubik's cube is a toy puzzle designed by Erno Rubik during the mid-1970s. It is a cube-shaped device made up of smaller cube pieces with s… something , half / haf/ • n. (pl. halves / havz/ ) either of two equal or corresponding parts into which something is or can be divided: the northern half of the… Ulysses Dove , Dove, Ulysses 1947– Choreographer, teacher, dancer Sources “I am interested in passion,” internationally acclaimed dance choreographer Ulysses Dove t… Frontispiece , fron·tis·piece / ˈfrəntisˌpēs/ • n. 1. an illustration facing the title page of a book. 2. Archit. the principal face of a building. ∎ a decorated en… Encyclopedia.com. , polka •balalaika, biker, duiker, Formica, hiker, mica, pica, pika, piker, striker •blocker, chocker, docker, Fokker, interlocker, knocker, locker, mo… Michael Collins , The Largest Irish Jewelry Store in the world. Quality Irish Jewelry. From Ireland. We Specialize in Irish Jewelry. Over 1000 Irish Jewelry Pieces to…