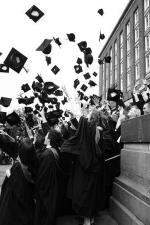 ACADEMIES OF ART. Academies of art were either private or official institutions. During the early modern period both kinds were part of the development of academies in general.

The first and most numerous art academies were privately organized. Following the example of the many other academies of the time, they were formed as voluntary societies for mutually satisfactory interaction. But artists' academies centered on communal drawing, after sculpture or a live model. The first instance in which drawing appears as the content of an academy occurs in a engraving bearing the date 1531 and an inscription that identifies a gathering of artists working by candlelight as the "Academia" in Rome of the sculptor Baccio Bandinelli (1493?–1560). By the end of the century, the number of academies had increased, as had the range of the recorded activities. Drawing remained the main purpose of these academies, but as the common name accademia del nudo ('academy of the nude') indicates, the focus was drawing from a live model. Drawing after sculpture and casts continued, and lectures on geometry, perspective, and anatomy were occasionally mentioned, as were convivial events. The costs of space, lights, and model fees were shared among a group of artists or paid for by a single master or a wealthy patron. A patron sometimes also provided prizes for the winners of drawing competitions. But, however the academies were financed, the core function of instruction remained the same.

Meetings took place outside working hours, participation was voluntary, and members interacted as equals regardless of their status in the outside world. As did academies generally, artists' academies sometimes chose a name and an emblem (impresa) to identify themselves, adopted rules to regulate behavior, and chose officers to carry them out. Unfortunately, little of this kind of information has survived. Knowledge of even the best-known of such academies, that founded by the Carracci at Bologna in 1583, is sketchy at best, but because of the range of its activities, this academy has often been assimilated to the much better documented academies of the second kind.

The second type of artists' academy was the result not of private initiative, but of official policy. Rather than providing artists with opportunities for sociability and personal profit, it aimed at promoting and disciplining the profession. Such academies typically restricted membership in some way, and because they were created under authority of law, they had both privileges and responsibilities. The first officially established academy was the Florentine Accademia del Disegno (1563; Academy of Drawing). It was proposed by a group of artists, led by Giorgio Vasari (1511–1574), who sought to remake the artists' Company or Confraternity of St. Luke into an academy along the lines of the already established Accademia Fiorentina. The organization chartered by the duke of Florence, Cosimo I, in 1563 was two-tiered, with authority over the body of the artists—the Compagnia—invested in a "choice of the best," who constituted the Accademia. Although bound to their several traditional guild affiliations, painters, sculptors, and architects were now united in a single institution, which in 1571 was reintegrated into the existing system by being incorporated as a guild. Its hybrid structure and history have generated considerable controversy over the extent to which the academy's goals and practices anticipated those of later academies. Its guild functions and an apparent failure to fully implement its educational program tell against it, whereas its intent to intervene in artistic training and to elevate the status of art and artist by supplementing practice with theory argue in its favor. The mere fact of the academy's existence and its exalted patronage ensured its fame and its importance as a model.

In the Roman Academy of St. Luke something of the same pattern repeated itself. Once again the academy was placed over the minor arts, and once again its statutes charged the members with educating the young, in this case in the interest of religion and the papacy. In Rome, as in Florence, this program was put into practice only sporadically. Following an initial burst of activity in the 1590s under the leadership of Federico Zuccaro (c. 1540–1609), only in the second half of the seventeenth century did the round of lectures, life drawing, and student competitions with prizes take on a regular rhythm, and by this time the Royal Academy of Painting and Sculpture in Paris had emerged as the dominant arts institution in Europe.

The Académie Royale de Peinture et de Sculpture in Paris owed its foundation in 1648 to a number of artists who sought to escape guild rule by placing themselves under royal patronage. After a rocky start, its fortunes rose with the end of the Fronde and the consolidation of royal power in the mid-1650s. From the 1660s, under the direction of the king's minister, Jean-Baptiste Colbert, and his first painter, Charles Le Brun (1619–1690), the Royal Academy set the model for later academies. In the service of the state, the academicians were to train young artists, as well as articulate and maintain a collective set of standards that mediated between artist and patron. Following the example of the academies in Florence and Rome, drawing remained the core of instruction in Paris. From 1666 winners of the competitions were sent to Rome for a period of study at the French Academy there, which with drawing from casts reinforced the value attached to ancient Roman and modern Italian art. Public lectures stimulated theory and criticism and with the initiation of public exhibitions made the academy answerable for its privileges and work.

Although by the end of the seventeenth century the Royal Academy's program had lost much of its rigor, it remained important for the training and recognition of artists, and, after 1737, when the public exhibitions, or salons, which were restricted to members, became regular events, it regained some of its luster. Moreover, if not the only model, the Royal Academy's marriage of state and artists' interests had an enormous influence on what became an explosive growth of academies and schools of art across Europe. By 1790 over one hundred such royal and national institutions had been established in cities ranging from Madrid to Vienna and from Naples to London, Copenhagen, and St. Petersburg.

Barzman, Karen-edis. The Florentine Academy and the Early Modern State: The Discipline of "Disegno." Cambridge, U.K., and New York, 2000.

Boschloo, Anton W. A., et al., eds. Academies of Art between Renaissance and Romanticism. The Hague, 1989.

Pevsner, Nikolaus. Academies of Art Past and Present. Reprint, with a new preface by the author. New York, 1973.