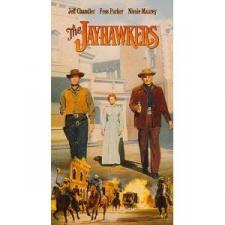 JAYHAWKERS, a name applied to the Free State bands active in the Kansas-Missouri border war between 1856 and 1859, particularly the band captained by Charles R. Jennison. It was also applied to Union guerrilla bands during the Civil War and to the Seventh Kansas Cavalry, commanded by Jennison. Because of real and alleged depredations attributed to the Jayhawkers, the term became one of opprobrium. The term's origin is uncertain, but a party of gold seekers from Galesburg, Illinois, may have coined it in 1849 and used it in California. (Traditional stories of the term's origin in Kansas are apocryphal.) After the Civil War, "Jayhawker" became the popular nickname for a Kansan.

Napier, Rita, ed. History of the Peoples of Kansas. Lawrence: University of Kansas, 1985.

Glenn Miller , Miller, Glenn Trombonist, bandleader With his orchestra, bandleader Glenn Miller “synthesized all the elements of ‘big band’ jazz and gave a generati… Guy Lombardo , Guy Lombardo Guy Lombardo Canadian-born musician Guy Lombardo (1912-1977) was known for his festive approach to New Years' Eve, and his band's perfor… The Nitty Gritty Dirt Band , The Nitty Gritty Dirt Band The Nitty Gritty Dirt Band Country group In addition to producing the pop hits “Mr. Bojangles” and “Make a Little Magic,”… Rubber Band , Background Rubber bands are one of the most convenient products of the twentieth century, used by numerous individuals and industries for a wide vari… Brass Band , brass bands are wind bands comprising brass instruments, sometimes with percussion, as opposed to military bands which mix brass and woodwind. The st… Uriah Heep , Uriah Heep Uriah Heep Rock band Uriah Heep was one of a handful of important pro gressive rock bands to emerge from Britain during the 1970s. They co…