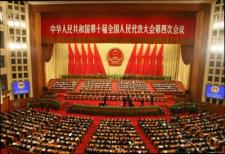 As the civil war wound down in late 1920 and famine caused millions of deaths, peasant rebellions broke out against the compulsory grain procurements (prodrazverstka ), which had been extracted by force and had led to reduced plantings. Strikes occurred in Petrograd and elsewhere. Late that winter an uprising occurred at Kronstadt, the naval base near the northern capital. Fearing counterrevolution from within, Vladimir Ilich Lenin accepted a "retreat" at the Tenth Party Congress in March, 1921. Under the New Economic Policy (NEP), Russia would have a mixed economy "seriously and for a long time," as Lenin said. It would be based on an alliance (smychka ) between the workers and the peasants.

Requisitions from the peasantry would be replaced by a tax in kind (prodnalog ) based on the rural household's level of income and its number of dependents. (By 1923–1924, by which time the inflation was halted, this tax was converted to cash.) Peasants would be free to market any surplus left after mandatory deliveries, which were reduced from the quotas imposed in 1920–1921. Some effort was made to establish scientific farms and to persuade peasants to enter cooperatives, but few did until the forced collectivization of 1928–1929. Rural, interregional, and retail trade was freed, somewhat reluctantly, and taken up by privateers, known universally as "nepmen." Prices were effectively free, despite the government's efforts to fix them for such monopolized commodities as tobacco, salt, kerosene, and matches. Trade unions became voluntary, and workers were free to seek whatever employment they could find.

In 1921 the Soviet government decided to lease back or sell back most medium- and small-sized enterprises to private owners or cooperatives. The largest 8.5 percent of them, called the "commanding heights," were retained. They employed sixsevenths of all the industrial workers and produced more than nine-tenths of all industrial output even at the peak of NEP in 1925–1926. These larger factories were coordinated by the Supreme Council of National Economy (Vesenkha ) and its "trusts." Banks, railroads, and foreign trade also remained in the hands of the state. But the state had insufficient fuel and materials to keep the larger plants open. Unemployment grew. Efforts to attract foreign concessionaires to provide timber, oil, and other materials were mostly unavailing. The sixty-eight foreign concessions that existed by 1928 provided less than 1 percent of industrial output. Foreign capitalists were rather reluctant to invest in a hostile and chaotic environment with a Bolshevik state that had defaulted on all tsarist debts, confiscated foreign property, and declared its intentions to overthrow the capitalist order worldwide.

To achieve some measure of efficiency the state now required industrial enterprises to operate on commercial principles (khozraschet ), paying wages and other bills and to sell, even at distressed prices relative to the rising relative price of foodstuffs. By 1923–1924, the government balanced its budget by levying excise taxes, enterprise and personal taxes on income and property, and a forced bond issue. The tsarist vodka monopoly was reintroduced, to the dismay of many. Centralized expenditures, especially on education, were cut, and school fees introduced. All this allowed stabilization of the new currency (chervonets ), which had replaced the ruined ruble or sovznak notes used before.

The NEP period was also the golden era of Soviet economics, with many different points of view, mathematical and sociological, permitted to publish and debate. Nikolai Kondratiev, Alexander Chayanov, Yevgeny Preobrazhensky, Grigory Feldman, Stanislav Strumilin, and the young Vasily Leontiev, inventor of input-output analysis, were active at this time. In addition to theoretical matters, the industrialization debate centered on whether Russia's peasant economy could produce enough voluntary savings to permit industrialization beyond the recovery phase. That debate, and most free inquiry, would end in 1928. Political freedom had already been closely limited to the Bolsheviks alone; by 1922 publications had to pass prior censorship.

In practice, planning was still rudimentary. There was no operational program for command allocations, as there would be during the 1930s, but the "balance of national economy," patterned on German wartime experience, served as a kind of forecast for key sectors and basis for discussion of investment priorities.

These policies were strikingly successful in allowing the Soviet economy to regain its prewar levels of agricultural and industrial production by 1926–1927. School enrollment exceeded the prewar numbers. But food marketings, both domestic and export, were down significantly, probably owing to the higher cost and relative unavailability of manufactured goods the peasants wanted to buy and also the breakup of larger commercial farms during the Revolution and civil war. Yet by 1927 reduced grain marketings convinced many in the Party (particularly the so-called left opposition) that administrative methods would be needed in addition to market incentives. Even though this was largely due to a mistaken price and tax policy by the government—comparable to the earlier Scissors Crisis—the authorities now began to use "extraordinary measures" to seize grain early in 1928. This policy and its consequences effectively ended the NEP, for once it was decided that industrialization and military preparedness required more investments than could be financed from voluntary savings in this largely peasant country, the way was open for Josef Stalin to pursue a radical course of action, once advanced by his enemies Leon Trotsky and his allies on the left.

Leninism , The Bolshevik Party seized power in Russia in October 1917. Historians use the term war communism for the economic system of Soviet Russia during the… Subsidy , Subsidies Subsidies exist in the shadowland of economics where transactions are decided by government decree rather than by the free choices of buyer… Uruguay , Uruguay LOCATION, SIZE, AND EXTENT TOPOGRAPHY CLIMATE FLORA AND FAUNA ENVIRONMENT POPULATION MIGRATION ETHNIC GROUPS LANGUAGES RELIGIONS TRANSPORTATI… Nikolai Ivanovich Bukharin , Bukharin, Nikolai Ivanovich BUKHARIN, NIKOLAI IVANOVICH (1888–1938), old Bolshevik economist and theoretician who was ousted as a Rightist in 1929 an… Collectivism , The introduction of the collective farm (kolkhoz) into the Soviet countryside began in the late 1920s and was substantially completed by the mid-1930… Soviet Union , WAR AND REVOLUTION NEW ECONOMIC POLICY (NEP) THE AGE OF STALIN DEALING WITH THE STALINIST LEGACY DECLINE DISINTEGRATION BIBLIOGRAPHY The single most…