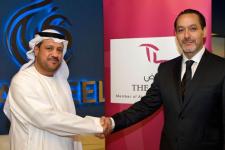 LANDHOLDING. Land was not only the source of most wealth in early modern Europe, but also a fount of political power, social status, and broad legal rights. The concentration of land in the hands of the aristocracy, the gentry, and the church (who constituted roughly 5 percent of the population but collectively owned between 50 and 70 percent of the land in many regions), was the dominant social feature of the age. Landownership of seigneuries or manors (privileged properties) conferred an array of financial and judicial powers over tenants at the local level and was indispensable to maintaining a gentle or noble lifestyle. The enduring symbolic and political functions of landholding were in turn rooted in the central economic role played by land. Agricultural commodities not only formed the mainstay of the European economy until the end of the eighteenth century, but also directly produced most of the raw materials used in manufactured goods. Within these broad outlines, however, there were significant changes in landholding patterns between 1450 and 1789. The decline of serfdom in western Europe by 1450, the rise of a new village elite of well-off peasant leaseholders by 1550, and new opportunities for investment outside of land during the eighteenth century gradually altered social relationships based on landholding.

While the nobility seldom constituted more than 2 percent of the population in western Europe, it owned approximately 40 to 50 percent of the land in many regions. Most noble land was in fact concentrated in the hands of a small minority of that class. In Brittany, approximately 200 of the 2,000 noble families controlled 40 percent of the land. In England, the aristocracy was a tiny but immensely wealthy elite. By the late eighteenth century it comprised about 150 families, who owned 20 percent of the land. But the gentry were collectively the largest landowners in England. Gentry landownership expanded from 25 percent to roughly 50 percent of arable land between 1500 and 1700, at the expense of both church and crown. Landownership was essential for supporting the four main expenses of the gentry and the nobility: buying crown offices, marrying off children, prosecuting lawsuits, and enjoying (as well as displaying) a gentle lifestyle.

From the early sixteenth through the eighteenth centuries, the percentage of land in church hands declined in Europe as a whole. The Protestant Reformation led to the seizure and sale of many formerly Catholic properties in the Holy Roman Empire, Scandinavia, the Baltics, and the Low Countries. In England, the church had owned significantly more land than the crown in 1450, controlling between a fourth and a third of the arable. By the end of the English Reformation, only about 4 percent of the land was left in church hands; almost all properties had gone to private buyers in the gentry or merchant classes.

Despite the predominance of landless or leaseholding peasants in western Europe, there were important pockets of peasant freeholders. In Holland, cultivators enjoyed full ownership rights over extensive lands they had reclaimed from peat bogs, as did some peasants in the central Rhineland. In France, approximately one-third to two-fifths of rural land was in the hands of the peasantry before the French Revolution. But that figure includes land occupied by peasant houses and their garden closes; recent scholarship indicates that their ownership of the arable or open fields was often no more than 10 percent.

Landownership conferred a constellation of legal, political, and financial rights on landlords. Kaleidoscopic in their variety, these rights tended to fall into several broad categories. On seigneuries, or manors, they included the right to collect rents, crop shares, and reliefs, or entry fees (on a tenant inheriting or taking possession of a new piece of land); corvées, or labor obligations (requiring tenants to farm the lord's domain and repair bridges and roads); and banalités, or monopoly fees (for using the lord's grain mill, ovens, or winepress). Noble land held of the crown usually required homage, wardship, and relief to the crown. Across western Europe, however, these obligations generally became less onerous in both monetary and symbolic terms from the sixteenth through the eighteenth centuries. Ground rent, and in some regions, crop shares, became the central relationship between landlords and tenants.

The most politically symbolic group of rights were those of justice. Most seigneuries carried rights of low or middling justice, which allowed the landlord to adjudicate rent disputes and minor delicts. The most powerful seigneuries carried the right of high justice, which allowed them to hear cases meriting the death penalty. In some regions manorial or seigneurial justice faded in importance during the seventeenth and eighteenth centuries, especially in northwestern Germany and in England, where jurisdiction was absorbed by local justices of the peace or by the state. In other regions, like Normandy, landowners' high justices remained an important complement to the state's judicial system.

Landownership was almost always subject to the rights and usages of multiple parties in early modern Europe. Most villages included common lands that provided timber, reeds, or grazing grounds for the rural community and that were essential to the survival of the poorest inhabitants. Disputes over ownership of the village common lands and wastelands, as well as over usage rights like hunting, fishing, pasturing, and gleaning, were a source of endless litigation and frequent popular protest. In England, twin enclosure movements in the sixteenth and eighteenth centuries dramatically changed multiple property rights. Two-thirds of English arable land had been enclosed by the beginning of the eighteenth century, and most of the remainder was enclosed between 1750 and 1790. The loss of the common lands sent thousands of destitute rural laborers into London and other cities for work.

The transition from multiple-use rights to private property rights in land was gradual at best. The British Parliament passed hundreds of private bills granting clear-cut property rights to landholders in the eighteenth century. In France and Spain, however, the crown was powerless to alter provincial property laws or to enforce enclosures of common lands. Early modern legal codes prevented landowners from freely disposing of their properties in other ways, too. Customary, royal, and Roman laws on land inheritance were all carefully designed to prevent the fragmentation of estates (and of political authority) among the landed classes throughout Europe. The law of entail in England (fee entail), like the customs of France (preciput), ensured that noble and gentry properties could not be willed away from the legal heir. Ultimately, laws guarding the integrity of land ensured the landowning classes' continuing political and social dominance through the eighteenth century.

Europe, 1450 to 1789: Encyclopedia of the Early Modern World SCHNEIDER, ZO

Hongkong Land Holdings Limited , 8th Floor One Exchange Square Central Hong Kong Telephone: (852) 2842 8428 Fax: (852) 2845 9226 Web site: http://www.hkland.com Public Company Incorp… Terrier , terrier1 register of landed property. XV. — OF. terrier, sb. use of adj. :- medL. terrārius, f. L. terra land. Tenure , tenure, in law, manner in which property in land is held. The nature of tenure has long been of great importance, both in law and in the broader econ… Common Land , Common ownership of land, or a commons, is one of the most enduring social systems for owning and managing natural resources. Common land is controll… Covenant , An agreement, contract, or written promise between two individuals that frequently constitutes a pledge to do or refrain from doing something. The in… Easement , A right of use over the property of another. Traditionally the permitted kinds of uses were limited, the most important being rights of way and right…