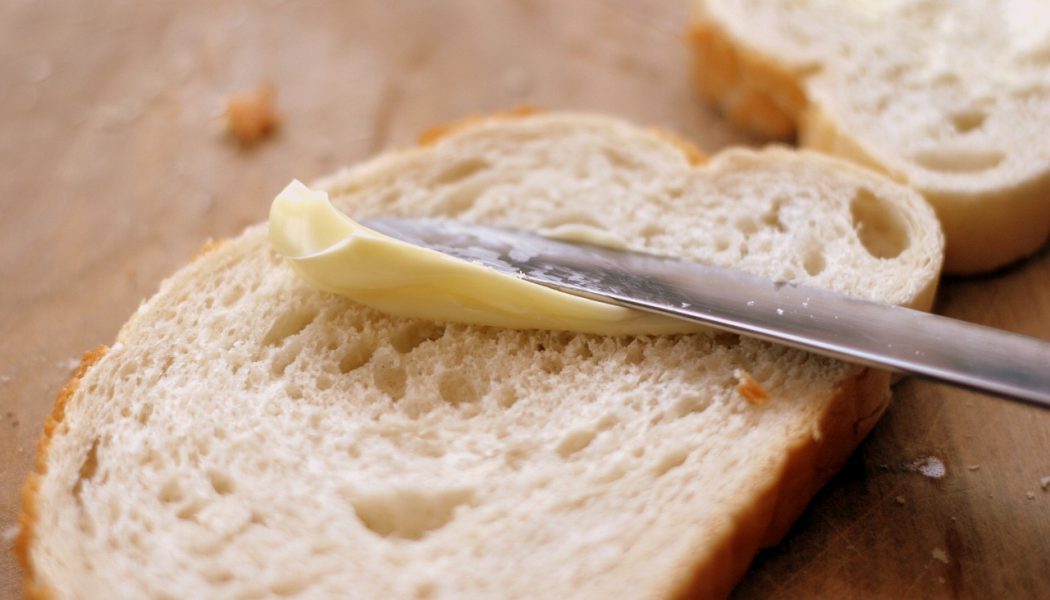 Margarine itself has been thru the fire since it’s invention in the mid-1800s.  It’s been claimed that it’s bad for you, that it was once originally a feed for livestock, and even that margarine has NO nutritional value at all.  None of the rumors about margarine are true, not even the one about it being worse for a cardiovascular system than butter.  Some of these rumors may be easily believed, but none was more widely believed than the assertions that claimed to be backed by scientific evidence.

Among those were claims that the contents of margarine raised cholesterol.  That one turned out to be true and quickly rectified by companies that needed the sales.  Another rumor accepted without question is the one about margarine being almost plastic.  While it caught on quickly, it doesn’t seem that margarine is almost plastic.  Of course it is easy to understand why people would believe it, the claim sounded very scientific.

Where the idea that margarine is almost plastic got started

When they see a way to spin facts that will instill fear in others, many groups jump at the chance. That’s what happened when the rumor about margarine being almost plastic got started.  Many rumors are started this way.  The misinterpretation of data and information gets passed around to people who don’t fact check it and suddenly everyone believes margarine is almost plastic.

The misinterpretation here is pretty easy to see for anyone who understands chemistry.  Since the original rumor passed around was that margarine is one molecule away from plastic, it was both TECHNICALLY true and entirely misleading.  Of course the general public doesn’t know enough about chemistry to understand that doesn’t mean anything.  But that doesn’t stop rumors from spreading.

The answer is more than just a yes or a no.  Chemically speaking, yes, margarine is almost plastic because it has all of the same molecules as plastic, except for one.  But that isn’t how organic compounds work.  Like literally everything, margarine is formed by molecules.  Since everything is made of molecules, the molecular structure of certain things may look similar.  However, that doesn’t mean the end outcome is the same.

How these molecules bond together and when also impacts what kind of product is made at the end.  Even though they have similar molecules, margarine and plastic are far from similar.  The difference of that one molecule is very important not just for cases like margarine and plastic but also for things like ethanol and methanol – one is safe to consume and other could be fatal.  Basic knowledge of molecular compounds and bonds disproves the claim that margarine is almost plastic.

Where have you heard myths about margarine? We’d love to hear them in the comments below.