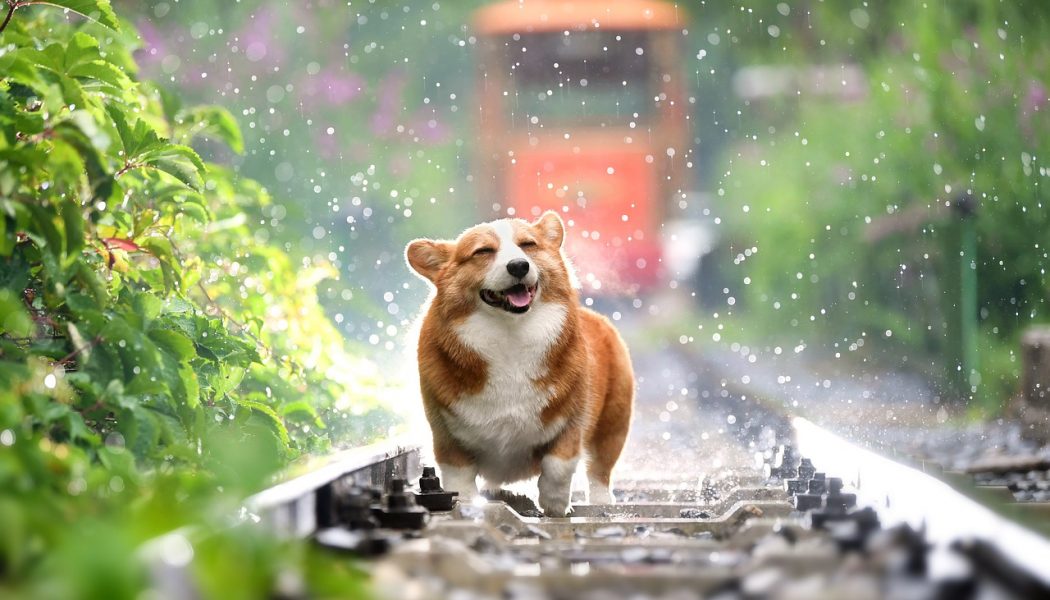 Why do people think that dogs are colorblind?

The first time it was recorded that dogs are colorblind was in the late 1930s.  Will Judy, a writer and dog enthusiast, wrote a book called “Training the Dog.”  Inside it he wrote,”It’s likely that all the external world appears to them as varying highlights of black and gray.”  The them being dogs in this context.  It went mostly unquestioned for the next 30 years and seemed to be confirmed in the ’60s when scientists said that only humans and primates were able to see in color.

During the years where that belief reigned supreme many people were taught that dogs could only see in black and white. There wasn’t much evidence to back up this idea, just the speculation in the books written about dogs.  Yet, the belief still remained.  Just a few decades ago, more information about how the anatomy of a dog’s eye led to the understanding about whether or not they are colorblind.

What makes a dog colorblind?

Dogs aren’t colorblind but they do see color differently than humans.  This is actually because of the way the retina is formed.  The retina of the eye is filled with cells that sense light and then converts the light into electric impulses.  Those impulses are then sent thru the optic nerve into the brain.  Scientists have determined that differences in the retina explain which colors the eye can see in both humans and dogs.

The human retina has more cones, which is the part responsible for color perception.  In contrast to humans, dogs have less cones and more rods in their retinas.  Rods are the part responsible for sensing movement and low light visibility.  Since dogs developed as hunters, their eyes evolved in a different way than humans.  They needed eyes that were better able to hunt and track.  It’s this major difference in their retinas that makes dogs “colorblind.”

Is it true that dogs are colorblind?

Not really. Dogs are not colorblind – but they do not see the same colors as humans.  They see in blues, yellows and grays.  They have trouble telling the difference between some colors and see mostly gray.  It turns out the original assertion from the ’30s may have been true in guessing that dogs see in shades of gray.  Does that mean that dogs are colorblind?

Humans who are “colorblind” are most often unable to tell the difference between green and red.  Dogs are also unable to see the color red, so it’s understandable that people say dogs are colorblind.  However, technically they aren’t.  Not being able to see the color red is normal for dogs, even if it isn’t for humans.  This means for a dog, they aren’t colorblind.  They just see like a dog.