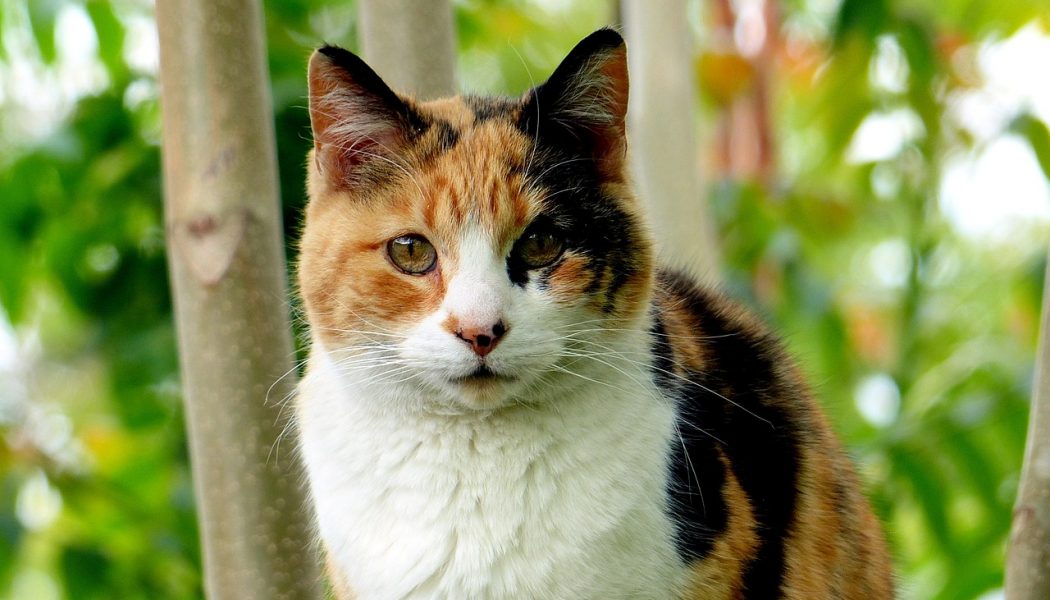 Are all calico cats female?

It’s actually the other way around.  The fact that the cat is female is why it can be calico.  Cat genetics aren’t simple but how a calico kitten is created isn’t that hard to understand.  Cats get their color from the X chromosome only.  Male cats typically have a chromosomal makeup of XY and female cats have XX.  Calico cats are produced when both the genes for black and orange fur are passed down.  Since the fur color only comes from the X chromosome, female cats are the only cats capable of having both of these colors passed down genetically.

Male cats generally get their coloring from their mother since they have one X chromosome. In cases where male cats turn out to be calico they would still need two X chromosomes to be able to have both black and orange genes.  Scientifically speaking, this means that all calico cats are female or have an extra chromosome.  Calico cats considered to be male must have a chromosomal makeup of XXY.  Technically, this means they are not actually male but outside of the binary entirely.

Does that mean all calico cats are female?

No.  Some are still male, even though they are usually sterile and contain an extra chromosome. Until standards of biological sex catch up with adaption and evolution, it will still be said that some calico cats are male.  Although unusual, they aren’t considered rare.  Calico cats are most often female but the mutation of the genes seem to happen more frequently than most mutations.