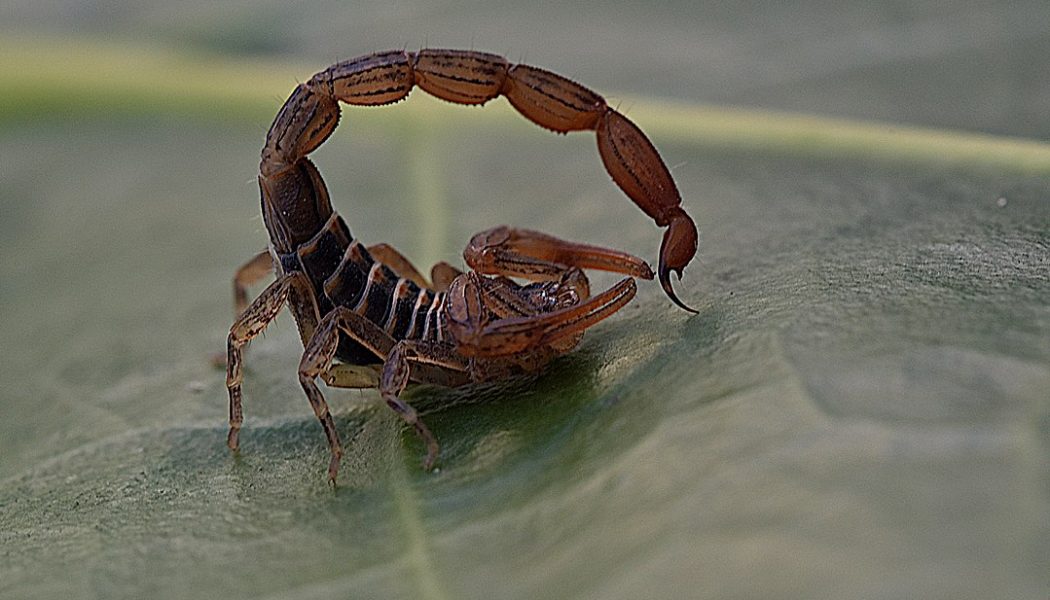 Scorpions are misunderstood.  They aren’t as mean and aggressive as people think.  For the most part they are quiet creatures just looking for a bite to eat.  They like to hunt at night and often do end up inside someone’s home – but are the Scorpions there in pairs?  Should a homeowner know that where there is one there is two?

Do Scorpions travel in pairs?

Scorpions don’t travel in pairs.  Actually, they don’t travel at all.  According to some sources, Scorpions manage to travel only a few hundred feet in their lifetime.  When a trip is that short, a travel buddy isn’t really needed – or at least not for most of the species of Scorpions.  Most Scorpions spend all of their time hunting alone or sleeping alone.  At night they head out on the prowl entirely solo and before it gets too hot they curl up to sleep without another Scorpion around.

Even though they don’t travel in pairs and spend very little time with a potential mate, they do still need to engage in an elaborate dance together before sex.  For some Scorpions, this may be the only time that they aren’t alone.  For other Scorpions, they are used to pajama parties down on hibernation square.  While most Scorpions travel and sleep alone, one particular species has been known to sleep in groups.

Scorpions travel in pairs or sleep in groups?

There is very little evidence to support the idea that any species of Scorpions travel, let alone in pairs.  However, scientists are aware of a Scorpion that likes to sleep in groups.  Even though they get all snuggle-y together, they don’t hunt or move together. Known as the bark scorpion (and one to watch out for) this species of Scorpion sleeps with other Scorpions of the same kind.  Up to 30 have been found catching some zzz’s in one small little area.

But they still don’t travel together.  In fact, the idea of Scorpions traveling at all is laughable to biologists and other researchers.  Scorpions are made to survive in tough conditions without backup.  They wander about alone waiting for their prey and like it that way.  It’s important to remember that this doesn’t mean that where there is a Scorpion, there won’t be another one.

Even though the Scorpions don’t travel together, they could still be competing for the same food or the same mate.  It’s safe to say you won’t see two Scorpions schlepping it to the same spot but seeing them around one another is possible.