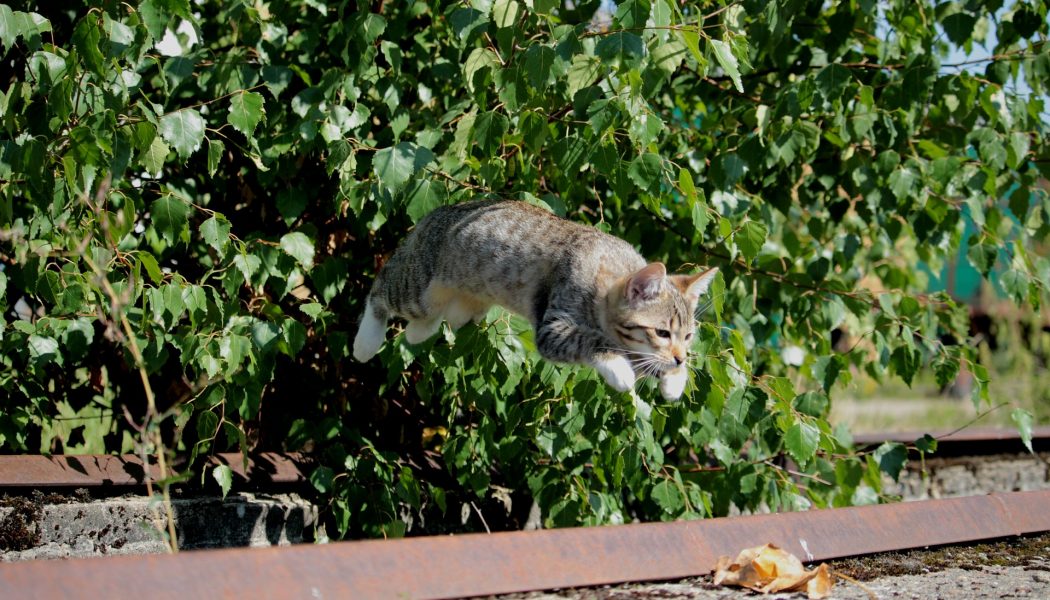 As the old wives tale goes, cats have nine lives.  Is it really true that cats have 9 lives or is it just a myth passed down from generation to generation?

The truth is – cats do not have nine lives.  Sadly, they are just as mortal as the rest of us and only have one life, that will inevitably end.  While it isn’t necessarily true, the saying about cats having more than one life spans across cultures. Admittedly, in some cultures the myth claims that cats have 6 or 7 lives.  In spite of this differentiation, most people will still answer 9 when asked how many lives a cat has.

Do cats have nine lives?

Some people do believe that cats live more than one life because they are reincarnations.  Cats have been portrayed in movies and on the television to have more than one life as well.  In a magical context, cats are often used as a way that a passed away relative hangs around.  However, this is not likely where the belief that cats have nine lives originated.

Where does the idea that cats have nine lives come from?

Some believe that it comes directly from the cat’s ability to endure falls and narrowly escape death.  Cats are pretty slinky creatures in general and did adapt to live in trees and pounce on prey.  They hop from surface to surface without fear of falling, and if they do they twist their bodies in miraculous ways to always land on their feet.  Many sources claim their abilities to scale up refrigerators and leap down without fear gave people the idea they had nine lives.

Why is it that cats have nine lives?  What is the significance of the number 9?

It’s mostly unclear why its said cats have nine lives but there is some speculation about cats and their ties to magic. Across many cultures cats have been both feared and worshiped.  Their mystical and aloof ways keep humans wondering just what cats are about.  It’s believed that the idea of 9 lives came from the mystical and magical powers that ancient cultures believed the number 9 held.  It was said to be representative of the trinity of the trinity and in turn the holiest of holy.

Everyone knows that cats themselves think they are holy but does that mean they have 9 lives?  Perhaps they know they have 9 lives to live and that’s why they want things on their own terms and aren’t afraid to bring out the claws.  Would you be more temperamental if you knew you had 8 more lives to live?