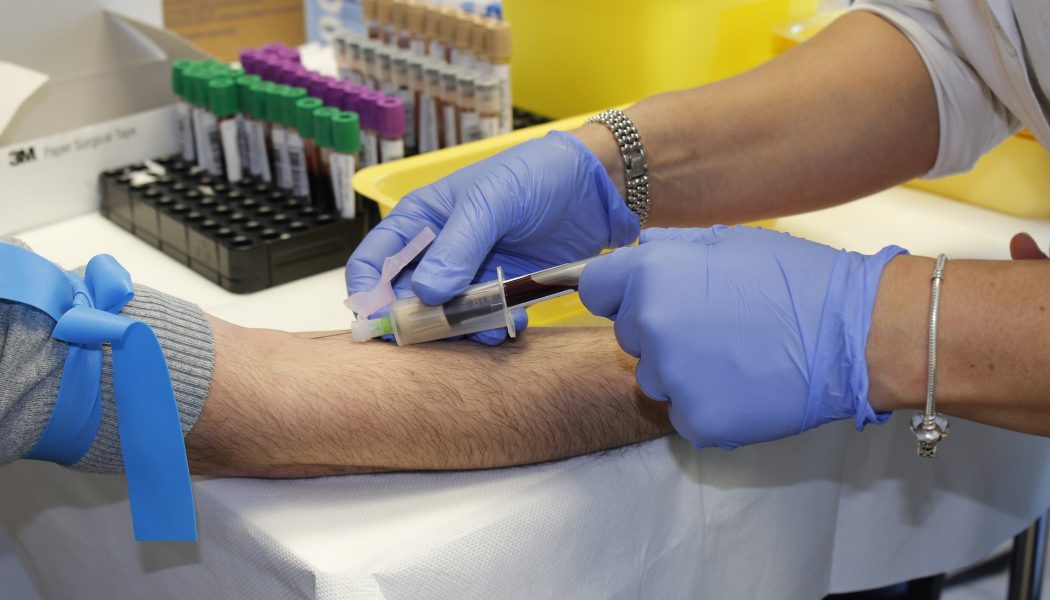 Myths like this one are so strong even teachers believe that blood is blue.  No matter how many people claim that blood is blue and regardless of what seemingly valid evidence they present, they are wrong.  It is not true that your blood, or any blood of a human is blue.

Why do people think blood is blue?

To anyone who has ever had a cut, it may seem silly to think blood is blue.  All of us who have seen blood have seen it while it was red, so why would anyone think that blood is really blue?  It could have stemmed from the idea that only oxygenated blood is bright red and while that is true, blood is never blue inside the body.  It does change colors when it’s depleted of oxygen, but it actually becomes are darker red, almost purple after it’s done it’s job.

Another common reason stated that people believe our blood is actually blue stems from how we learned about veins and arteries in school.  For clarity, most all textbooks labeled arteries red and veins blue.  Some researchers say that labeling contributes to why people could believe their blood is blue.  It’s also been speculated that people believe blood is blue because when they look at the veins in their arm, they see blue.  It’s understandable that people would believe blood is blue when they see these kinds of associations in books and on their own arm, however, the truth about blood is very simple.

The proof that blood is not blue lies in what it contains.  Blood cells contain hemoglobin, which actually reacts with the oxygen to produce the red color we see when it leaves our body.  Since blood is never really depleted of all it’s oxygen and hemoglobin also remains, blood is always red.  Even though it’s always red, the color of red varies.  Sometimes it’s bright red and sometimes is brick red, other times it could look more like the color of a beet.  No matter the oxygen content or where in the body the blood travels it’s always red, and never blue.

It make take some convincing to change anyone’s mind who already believes that their blood is really blue.  Many of them believe that because they can see the blueness of their veins that the blood inside must be turning them blue.  However, it’s actually the way their tissue and skin diffuse the light that makes their veins appear blue. Blood does have a specific function in the body and it does change colors, however it does not ever turn as blue as our veins.

Blood that is returning to the heart to be oxygenated is the closest to a blue color that blood will ever get. Researchers say that it’s more likely to be a deep reddish purple than blue.  In spite of the proof, the myth about blood being blue still continues to run rampant. However, according to everything science has to say, that myth is busted and our blood is not blue.