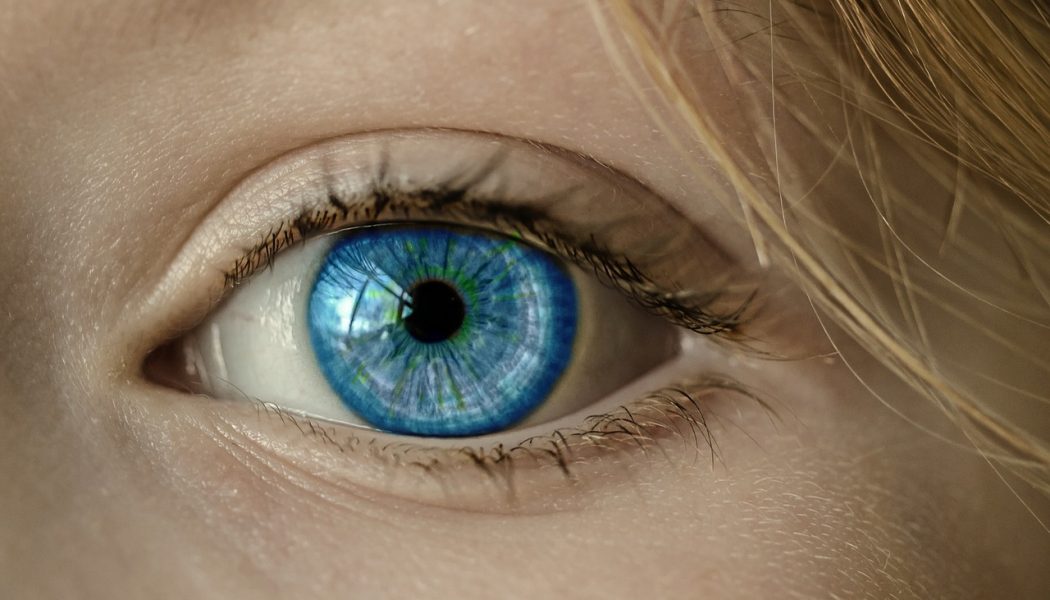 No.  Scientists say that everyone has brown eyes, even hiding under their blue ones.  To understand why blue eyes aren’t hiding behind brown ones, it’s important to understand how we get our eye color.  It isn’t just from genetics but also from how our brain perceives color. The colors that we see are formed because of how light is reflected.

This means that even though it looks like a person has blue eyes, they don’t.  We only see their eye color as blue because of the way certain parts of their eye is made up.  This means that everyone has brown eyes but the way it reflects light is different.  When the light is reflected, we see eye color when we look at a person.

Blue eyes get their color in the same way that everything that is blue gets it color.  It absorbs less light and reflects more back than darker eyes.  When that light is scattered the wavelengths are shorter.  Shorter wavelengths show up as blue on the spectrum to the human eye.  This means that people with blue eyes reflect more light back than those with brown eyes.

That’s actually what makes us see someone’s eyes as blue.  However, the makeup of the eye is important and the reason that light reflects the way it does has everything to do with melanin in the Iris.  Simply put – the more melanin the iris contains the darker the eye.  Blue, green or brown – how the eye gets it’s color is about melanin.

All eyes are really brown because of melanin inside the iris.  The Iris is the colored part of the eye.  It’s muscles are used to control how much light gets thru to the pupil.  It’s made up of two layers and for almost everyone, the bottom later contains enough melanin to be brown. The top layer, or the stroma, also contains melanin but here is where there is some variance.  It’s this variance that results in different eye colors.

When a person has brown eyes, it’s likely they have plenty of melanin in both the bottom and top layers of their iris.  For people who have lighter colored eyes, the top layer (and sometimes the bottom layer) has significantly less or lighter colored melanin.  People with blue eyes have little to no melanin in the top layer of their iris.  The lack of melanin makes the fibers scatter and absorb the longer wavelengths of light.

This means that it is not true that under brown eyes there are blue ones but instead that under blue eyes, and all eye colors, they are actually brown.