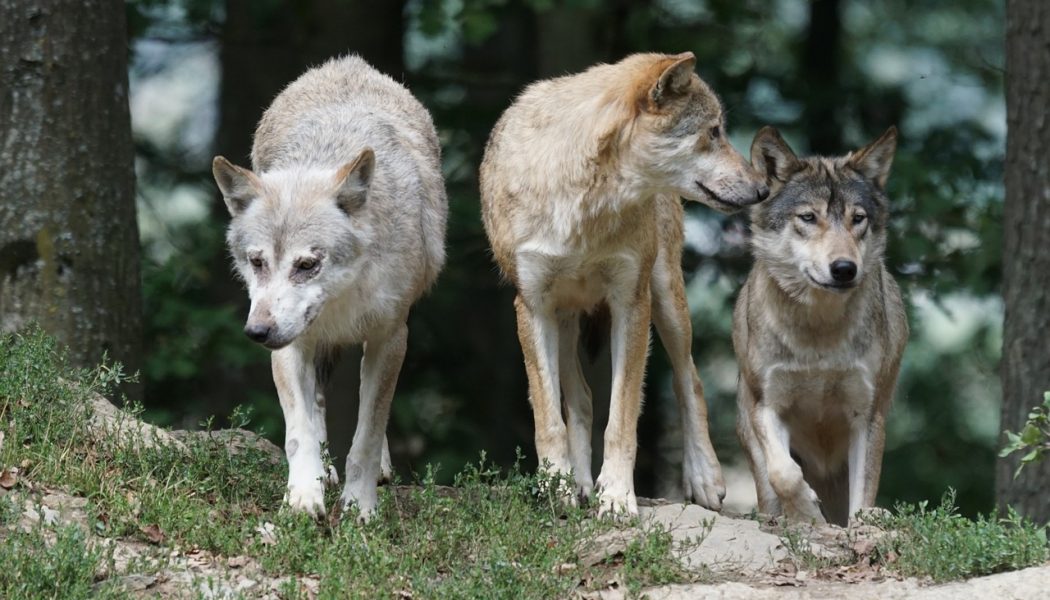 After snuggling your pooch, it may be hard to believe that all dogs descend from Wolves. It may not be that far from the truth, but the truth about whether or not  dog descend from wolves isn’t as black and white as one may think.  In fact, the more fossils that are discovered keep telling us more and more about where our furry friends come from.

New information has helped researchers understand much more about where dogs came from, if dogs descended from wolves and how humans and dogs first teamed up.  Prior to the most recent evidence it was believed that the domesticated dogs we have in our homes descended from the gray wolf.  In keeping with that theory, it was thought the split in the genetic line from wolves to dogs happened about 16,000 years ago.

But one ancient wolf bone found in Siberia gave us a different idea about whether or not dogs descended from wolves.  After some intensive testing it was determined that most dogs have a common ancestor.  This confirms that dogs did descend from a wild pack of wolves, although the specifics are different than previously thought.

Do dogs descend from wolves?

Experts say this is true.  Using evidence from the prehistoric wolf bone, they were able to understand that dogs separated from wolves, evolutionary speaking closer to 30,000 years ago.   While this does not mean that we began domesticating dogs that long ago, it does seem to explain why Wolves went from competing with humans to be curious about them.

After more testing it was determined that the wolf bone did contain a portion of the exact same genes and DNA as today’s Siberian Husky.  This connection is especially interesting to scientists because having a dog here today that is connected to a wolf that went extinct with Mammoths is fascinating.  Huskies aren’t the only dogs descended from wolves that have a prehistoric connection.  Other dogss like the Shar-pei and the Spitz also live with the same ancient DNA in their bodies.

Does this mean that ALL dogs descend from wolves?

While the evidence looks promising, a ton of research is still needed to say definitively that all dogs descend from wolves.  Researchers plan to study the DNA and genes of domesticated dogs to see if they can put together a realistic idea of how the relationship between dogs and humans began in the way we know it now.  Some believe this will lead to awareness that all dogs descended from wolves.

More likely is the proof that humans and dogs have been helping each other out for years.  Whether or not they descended from wolves is less important than when they became companions for humans instead of predators.  It’s been hypothesized that dogs and humans teamed up to defeat the Neanderthals and eventually force them into extinction. Some people believe that humans may not have survived the way they did if it wasn’t for the concern from wolves turned friends.