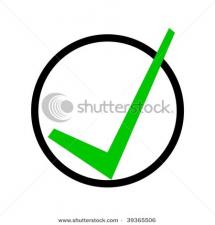 CHECKOFF provisions in contract allow a union to collect dues through automatic payroll deduction on terms negotiated by the employees' exclusive bargaining agent (union) and the employer. Employees as individuals become third parties to the agreement. Federal law [29 USC §186 (c)(4), §320] permits the checkoff, conditional upon each employee in a bargaining unit signing a written authorization for the deduction. This authorization is of indefinite duration but may not be revoked for more than one year or the duration of the contract, whichever period is shorter. Under contractual terms, dues subsequently collected by the employer are transferred to the union.

Checkoff is controversial for two reasons: first, the arrangement promotes union security by bureaucratically stabilizing the labor unions' revenue streams and is therefore not accepted by anti-union workers and their allies. Second, the conjunction of dues checkoff with agency fee—whereby all employees in a bargaining unit must pay a service fee, equal in amount to regular union dues, whether or not they are union members—has sparked opposition among both employees who are disaffected with their unions and outsiders who oppose union activity in electoral politics. The separate, segregated fund prohibition clause of the 1996 Federal Election Campaign Act [2 USC §441b] distinguishes between dues assessed by unions to cover costs of collective bargaining and contract service and funds—often identified as dues to committees on political education (COPE)—which unions solicit separately from members for direct contributions to candidates seeking elective offices. Both kinds of dues may be collected through checkoff, but are not to be commingled.

In keeping with these distinctions, unions are not prohibited under the law from using general membership dues to engage in voter registration and mobilization drives, or to inform members about union positions on candidates and election issues. Critics, with growing intensity, have challenged the legitimacy of using the checkoff for such communications as being essentially political rather than related strictly to collective bargaining, and therefore illegal. During the 1990s these dissidents pursued legislative remedies proposed as "worker paycheck fairness," [HR 1625 (1997) and HR 2434 (1999)] but the effort died in Congress.

The checkoff first was negotiated in 1889 contracts between the nascent Progressive Miners' Union and Ohio bituminous coal mine operators, following strikes at five mines. In 1898, the United Mine Workers, a major national union, reached agreement with mining companies to introduce union dues checkoff. By 1910, miners union contracts provided for the checkoff in fourteen coal producing states.

Both parties stood to benefit from automatic dues deductions. The miners union intended to use the checkoff to routinize dues collection and to achieve the union shop, a contractual provision establishing that all employees in a bargaining unit must become union members within a specified period of time after employment. Shop stewards would thus be freed from the onerous task of contacting each member individually to collect dues and instead could concentrate on contract enforcement. Mine operators, meanwhile, anticipated that the unions would expend their enhanced resources on new organizing drives into hitherto nonunion mines, thereby eliminating the competitors' advantages of lower labor costs. Moreover, by administering the checkoff employers gained strategic information about a union's financial resources in advance of contract negotiations and potential strikes. Employers also benefited tactically in their ability to suspend the checkoff as leverage to break wildcat strikes.

While in the late nineteenth century the checkoff was written into some contracts negotiated locally and regionally, it was incorporated into national contracts only in the late 1930s and on into the World War II era, when the United Mine Workers and other unions made major contract gains under the oversight of the National War Labor Board. Employers conceded to such union security policies reluctantly, yielding to the policy objective of minimizing disruptions in industry to assure maximum production for the war effort. After the war, employers focused on full production, downplaying confrontational relations with labor; meanwhile, unions actively organized under the provisions in §7(a) of the National Labor Relations Act and swelled membership ranks. Yet, it was in the right-to-work states that the greatest proportion of agreements for checkoff were negotiated. Despite generalized hostility to organized labor in these states, unions and employers in bargaining often reached accommodation on union dues checkoff clauses.

Powerful antiunion and anticommunist currents in domestic politics of the postwar era paved the way for the passage of the Taft-Hartley Act in 1947, which altered the checkoff. While management was obliged to transfer automatic dues deductions to the unions, the act outlawed the closed shop—an arrangement between unions and management stipulating that only union members would be hired and employed on the job—and established that the checkoff was permissible only when workers individually signed written authorization cards. Subsequently, the Landrum-Griffin Labor-Management Reporting and Disclosure Act (1959) exempted employees in agency fee shops who belong to established religious groups and are conscientious objectors to joining or financially supporting labor organizations from paying union dues as a condition of employment. The act provided instead that comparable amounts would be deducted by checkoff and paid to nonreligious, nonlabor-organization charitable funds.

Checkoff increasingly has become a common feature in contracts. The United States Department of Labor's statistics from the 1980s indicate a steadily increasing proportion of checkoff agreements in almost all areas of the nation. Moreover, the difference in the number of contracts, including checkoff provisions in states without right-to-work laws and states with right-to-work laws, decreased between the late 1950s and the early 1980s.

A system whereby an employer regularly deducts a portion of an employee's wages to pay union dues or initiation fees.

The checkoff system is very attractive to a union since the collection of dues can be costly and time-consuming. It prescribes the manner in which dues are paid by deductions in earnings rather than through individual checks sent directly to the union. Unions are thereby assured of the regular receipt of their dues.

A dues checkoff system is only lawful when voluntarily authorized by an employee. Unions have attempted to make alternatives to checkoff more onerous by requiring such practices as in-person delivery of dues checks to out-of-state locations. The national labor relations board has held that this type of inducement to checkoff is unlawful, however, as is the attempt by a union to collect assessments extending beyond periodic dues.

Right To Work , 21. Right to Work As labor unions began to organize and to bargain with employers on behalf of its members, many troublesome issues began to arise. F… Samuel Gompers , Samuel Gompers Excerpt from "Tenement-House Cigar Manufacture" Published in the New Yorker Volkszeitung, October 31, 1881 "For many years the system… Organized Labor , The ranks of organized labor expanded enormously over the course of the Great Depression. The number of employees represented by unions grew from 3.6… John Mitchell , MITCHELL, JOHN In 1870 John Mitchell (1870–1919) was born in Braidwood, Illinois, a coal-mining village. Orphaned at age six, Mitchell had a difficul… Unions , Unions EMERGENCE OF TRADE UNIONS THE KNIGHTS OF LABOR THE AFL AND THE IWW THE CIO THE IMPACT OF GLOBALIZATION BIBLIOGRAPHY Unions are organizations o… United Mine Workers Of America , UNITED MINE WORKERS OF AMERICA (UMWA), a labor union founded in 1890 by bituminous coal miners from the United States and Canada who met to consolida…