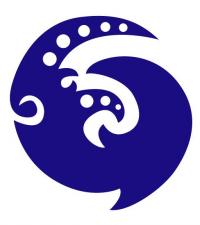 A broad concept that describes thesubstantive lawthat governs transactions between business entities, with the exception of maritime transportation of goods (regulated byadmiralty and maritime law). Commercial law includes all aspects of business, including advertising and marketing, collections andbankruptcy, banking, contracts, negotiable instruments, secured transactions, and trade in general. It covers both domestic and foreign trade; it also regulates trade between states.

A number of other laws also govern business transactions. For instance, although Article 4 of the UCC governs bank deposits, federal law in the form of statutes and regulations prescribe requirements for banks and banking in general. Likewise, federal law governs such issues related to commercial law as bankruptcy and debt collection. Many of the federal laws related to commercial transactions are codified in title 15 of the U.S. Code.

Although the UCC controls most aspects of domestic commercial law, the common law of contracts, as well as other state laws, still applies to some types of transactions that arise in business, such as contracts for services. international law is likewise an important component of this area. For instance, the United Nations Convention on Contracts for the International Sale of Goods has been ratified by approximately 62 nations, representing two-thirds of the world's trade.

Though the business world undergoes constant change, commercial laws generally have remained static. The commissioners on uniform laws, in conjunction with the American Law Institute and other organizations, periodically revises the articles of the UCC. However, the revision process of the UCC is typically slow and deliberate. Recent revisions to Article 2 (governing the sale of goods) and Article 9 (governing secured transactions) took several years to complete. Thus, not only is commercial law substantially uniform throughout the United States, but also those who conduct business can proceed with commercial transactions with some degree of certainty as to the law that governs those transactions.

Swift V. Tyson , Swift v. Tyson For almost one hundred years, the U.S. Supreme Court's decision in Swift v. Tyson, 41 U.S. (16 Pet.) 1, 10 L. Ed. 865 (1842), allowed… By-law , by-law, bye-law A. local law or custom established by common consent XIII; B. ordinance regulating internal matters made by a local authority or corp… Rule Of Law , Rule according to law; rule under law; or rule according to a higher law. The rule of law is an ambiguous term that can mean different things in diff… Roman Law , Between 753 b.c. and a.d. 1453, the legal principles, procedures, and institutions of Roman law dominated Western, and parts of Eastern, civilization… Merchant Marine , Michael McClintock The President of the United States has just been briefed by the national security advisor on a critical situation developing overs… Sir William Blackstone , Sir William Blackstone Sir William Blackstone The famous English jurist Sir William Blackstone (1723-1780) is remembered for his Commentaries on the…