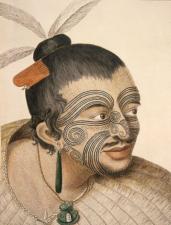 oxford
views updated
body mutilation and markings One of the key aspects of human embodiment is the physical frailty of the body in relation to the environment it inhabits. Disease, warfare, and technology not only kill but maim and mutilate. Here, however, we are concerned with the mutilations and markings resulting from social practice. Body painting, scarification, branding, piercing, and tattooing have served as marks of distinction in most societies. Archaeological and textual evidence demonstrates the antiquity of these forms, which were carried out in cultures as diverse as the ancient Egyptians, Celts, Picts, and Germans.

Defining the scope of bodily mutilation and markings is difficult. They encompass a myriad of forms, from genital piercing, to face painting at children's parties. Furthermore, bodily mutilation is culturally relative. Europeans generally interpret female circumcision as an abhorrent mutilation; however, many of those who have suffered the procedure find it an acceptable, even desirable, custom. Accordingly, mutilation can best be defined as any procedure understood by mutilator and mutilated as mutilation. Inclusive within this definition are acts performed for sexual gratification or punishment. Both categories point to the socially transgressive nature of mutilation.

Anthropologists have noted that body markings occur most frequently in pre-literate societies and in repressed or marginalized minorities within the industrial world. Contemporary culture provides illustrations of both. Scarification and tattooing are still practised widely in pre-literate societies. Godna — tattooing using sharp sticks and dyes — remains customary in parts of rural India. In Japan, tattooing was prohibited throughout the Edo period (1600–1868), and was therefore restricted to criminals and prostitutes. Piercing (other than ear piercing) within modern industrial societies is most often associated with ‘threatening’ or ‘deviant’ sexual behaviour.

In pre-literate societies, body markings served several purposes. We can extend Gell's view of Polynesian tattooing to encompass most forms of body modification. Gell argues that Polynesian tattooing was deeply embedded in cultural beliefs about personal and social identity. The tattoos acted both as armour and as an expression of the position the individual held within society. Culture is reproduced at the point where the inner individual meets the outer world — the marked skin. Thus, in Papua New Guinea the Kendengei people of the Sepik ritually scarify adolescent men. The patterns produced by multiple incisions over the whole body imitate the scales of crocodiles. Not only is this an induction into manhood, it symbolically reproduces the cosmos of the Kendengei upon the flesh of each male adult, connecting him to the powerful forces of the outer world.

Bodily markings in pre-literate societies were complex. The aesthetic value of the adornments could not be divorced from their social signification. Godna, for example, allows women to conform to their culture's notions of beauty. At the same time, it is bound to religious ritual and social custom. In some places, it is an outward sign of caste. In others, it creates a bond between two people, for example a mother and her daughter, which is said to overcome the separation of death.

Contact between European and non-European societies created new interpretations of, and elaborated, old ideas about bodily markings. In some areas it resulted in systematic attempts by imperial and religious powers to stamp out practices deemed ‘barbaric’. The cultural exchange did not, however, flow in one direction. Common mythology insists that the modern European tattoo was adopted as a variant of Polynesian custom. Thus, on Captain Cook's first voyage (1768–71), many of his crew were tattooed in Tahiti. Indeed, the word ‘tattoo’ is thought to derive from the Tahitian ‘tatau’ (wound) and the Polynesian root ‘ta’ (drawing). Whether etymologically accurate or not, it clarifies an important dynamic between Western and other cultures. Bodily markings came to represent the ‘exotic’, the ‘primitive’, and the ‘savage’ — a mark of differentiation between the ‘civilized’ and ‘uncivilized’ worlds.

Body modification has traditionally been viewed schizophrenically by Judaeo-Christian societies. The Mark of Cain served as an emblem of sin. Mosaic Law explicitly made body modification taboo (Leviticus 19:28). Tattooing and branding were signs of the outcast and criminal. Mutilation was used throughout medieval and early-modern Europe to inscribe punishment publicly upon the body. Petty crimes met with whipping and branding. Capital punishments were frequently performed with terrifying ferocity accompanied by symbolic mutilation. But while mutilation and marking mostly signified vilification, in other contexts it allowed the expression of piety. Asceticism and self-flagellation mortified the flesh. Medieval and early modern pilgrims to shrines in Europe and Palestine were sometimes tattooed as marks of devotion. At the shrine of Virgin Mary in Loreto (Italy), tattooing was linked to the stigmata of St Francis. Here, the pain of tattooing was borne in honour of Christ's mortal suffering.

Tattooing, however, appears in Europe to have been exceptional before contact with Polynesia. But as it became more visible, the infliction of punishment became less physical. The two are not unconnected. Scholars have noted that from the eighteenth century, the locus of punishment shifted from the body to the ‘soul’. In Britain, for example, branding was statutorily abolished in 1779. During this period the tattoo came to serve a particular function for the penal authorities. Before the advent of fingerprinting and photography a description of a prisoner's tattoos facilitated identification in case of escape. From 1832 identification numbers were even tattooed on French convicts. Tattoos were also transformed into a symptom of criminality. The ‘savagery’ of Criminal Man, was best indicated by the markings on his body. Cesare Lombroso, the controversial late nineteenth-century criminal anthropologist and author of the celebrated and notorious, L'Uomo Delinquente (1876), reasoned that tattooing was so painful that only the racially ‘degenerate’ or the ‘primitive’ could endure such mutilation. Thus, he closed the loop between the ‘savage’ Other, the ‘degenerate’ criminal, and the ‘civilized’ European.

But what did the tattoos mean to the nineteenth-century tattooed convict? Fatalism and inherent criminality were the most common motives ascribed to criminal tattooing by contemporary criminologists. For the historian, analysis of nineteenth-century British transportation reveals other traits. Up to 30% of convicts transported to Australia after 1820 were tattooed. Marked upon their bodies were emblems of sentimentality, love, friendship, and the fear of separation encoded in strings of initials separated by hearts, darts, and anchors. Scenes depicting leisure and symbols of devotion appear in abundance. Marks of belonging, to regiment, ship, or nation are also common. Finally, there are records of conviction and a desire to retain control in the face of the state's possession of the convicted body. The culture of the prison hulks combine with that of the urban plebeian, embedded indelibly under the skin. Ironically, the function of the tattoo for the British transportee seems not dissimilar to its function for the Polynesians.

From Lombroso onwards, tattooing remained associated with marginal groups and particular occupations. Exceptions did occur. In late nineteenth-century Britain, tattooing enjoyed a brief vogue amongst royalty and aristocracy, before reverting to its prior associations with the armed forces, merchant seamen, and the twilight world of prostitutes and criminals. It must, nevertheless, be remembered that tattooing was also a commodity with an exchange value. It became increasingly specialized, with professional tattooists appearing at docksides from the 1870s. The influence of Japanese designs, and the invention of electric tattooing machines in the 1890s, transformed the process into a recognizably modern form.

Apart from tattooing and temporary cosmetic markings, other forms of bodily modification remained taboo and, therefore, largely invisible. It is virtually impossible to write a history of piercing. It is said that the genital piercing, the ‘Prince Albert’, originated at the Victorian court, where it was used to attach the penis discreetly to the inside leg of male courtiers. Other piercings remained uncommented upon, hidden in fantasies retold upon the psychoanalyst's coach or in the murky sado-masochistic demi-monde.

From the 1980s, tattooing and piercing have, to an extent, become desirable commodities bought and sold in hygienically clean high-street shops. In the former, there has been a radical transformation in the nature of the designs: artists have developed a new ‘ethnic’ style. The latter too has changed: eyebrows, noses, lips, and tongues are now commonplace targets for the piercer's needle; while clothing masks the large increase in genital and nipple piercing. The ‘new school’ of body modification, termed ‘Modern’, or ‘Urban Primitive’, deliberately echoes the customs of pre-literate societies, producing the sense of a shifting, urban tribe locating itself socially and culturally through bodily expression. This is a post-industrial phenomenon — the meeting place for the New Primitives is the Internet and MTV.

Older associations remain, however. Tattooing is still mainly carried out in the ‘traditional’ parlour. And for most, the practices of the New Primitives are, at best, frightening and, at worst, deviant. The outlaw status of the tattooed and pierced remains intact. At the same time, extreme body modification practices, many of which are illegal, are more visible: the work of performance artists like Ron Athey and Stelarc, the content of world wide web sites like the Body Modification E-zine, and the prosecution in 1996 of British gay men in ‘Operation Spanner’ for consensual genital mutilation, raise vitally cogent social and ethical issues about the control and possession of the private body in society.

COLIN BLAKEMORE and SHELIA JENNETT "body mutilation and markings ." The Oxford Companion to the Body . . Retrieved February 25, 2020 from Encyclopedia.com: https://www.encyclopedia.com/medicine/encyclopedias-almanacs-transcripts-and-maps/body-mutilation-and-markings

Mark , mark1 / märk/ • n. 1. a small area on a surface having a different color from its surroundings, typically one caused by accident or damage: the blow… Ash Wednesday , Ash Wednesday Ash Wednesday Ash Wednesday. So-called because of the practice of marking with ash the foreheads of clergy and people at the beginning… Body , Body The consumption of tobacco is related to the human understanding and view of the body, in terms of health and illness, as well as aesthetics and… Body Image , “Body image” can be considered synonymous with such terms as “body concept” and “body scheme.” Broadly speaking, the term pertains to how the individ… Solomon Foot , furniture and the body Furniture is both the body's surrogate, and its slave. Terms for chair parts reveal the surrogacy very clearly, from ‘rounded… Cleanliness , Virginia Smith In the mid-twentieth century, the subject of "cleanliness" was a footnote to the triumphant history of the British, European, and Amer…