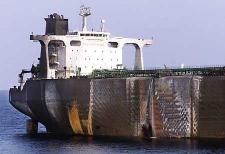 Limburg (lĬm´bûrg, Dutch lĬm´bûrkh), province (1994 pop. 1,125,200), c.850 sq mi (2,200 sq km), SE Netherlands, bordering on Belgium in the west and south and Germany in the east. Maastricht, on the Meuse (Maas) River, is the province's capital and chief industrial center. Regional industries include chemicals, clothing, and metal products. Wheat is grown, and pigs and poultry are raised. Market gardening is important in Venlo. Heerlen, Roermond, and Sittard are other principal cities. Rich in historic antiquities, the province takes its name from the former duchy of Limburg, which comprised the southern part of the modern province, including Maastricht, and an eastern portion of modern Liège prov. in Belgium. The small town of Limbourg, E of Liège, was its capital. Founded in the 11th cent., the duchy was divided in the Peace of Westphalia (1648) between the United Netherlands (which received Maastricht) and the Spanish Netherlands. The duchy was united (1815) under the kingdom of the Netherlands. Limburg prov., as established in 1815, did not correspond to the borders of the old duchy. It was contested after the establishment (1831) of an independent Belgium. The Dutch-Belgian treaty of 1839 divided the territory, which was incorporated with the Dutch and Belgian provinces of Limburg. Belgian separatist feeling existed in the Netherlands' Limburg prov. in the 19th cent.; the area was not fully integrated into the Dutch national structure until the early 20th cent.

Limburg (lĬm´bûrg, Du. lĬm´bûrkh), Fr. Limbourg, province (1991 pop. 750,435), 930 sq mi (2,409 sq km), NE Belgium, bordering on the Netherlands in the north. The chief cities are Hasselt (the capital), Tongeren, and Sint-Truiden. The province is bordered in the east by the Meuse River and is crossed by the Albert Canal. It is largely agricultural; dairy products, fruit, grains, and sugar beets as well as market garden produce are cultivated. Coal is mined, although in decreasing quantities, in the Campine region in the north. Most of Limburg was included in the prince-bishopric of Liège until 1792. It became (1815) part of the Dutch province of Limburg, which was divided between Belgium and the Netherlands in 1839. Limburg's population is largely Dutch-speaking.