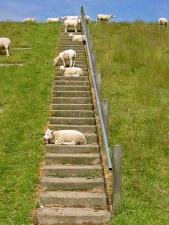 oxford
views updated
Groningen City at the confluence of the Hoornse Diep and the Winschoter Diep, ne Netherlands; capital of Groningen province. A member of the Hanseatic League from 1284, it controlled most of Friesland. Groningen remained loyal to the Habsburgs, but was forced to surrender to the Dutch in 1594. It has 15th- and 17th-century churches and a university (1614). The surrounding fertile agricultural land makes it one of the country's biggest markets. Industries: shipbuilding, electrical equipment. Pop. (2001) 173,825.