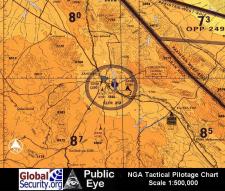 Main city of southeastern Iran and administrative center of Sistan and Baluchistan province.

Zahedan occupies an upland plateau (4,718 ft./1,438 m in elevation) north of Mount Taftan, an active volcano in southeast Iran. It is just south of the area where the borders of Afghanistan, Iran, and Pakistan meet and 60 miles (96 km) northwest of Mirjaveh, the Iranian customs and passport control checkpoint on the border with Pakistan. Zahedan is a modern city that developed in the twentieth century. During the nineteenth century, the agricultural village of Duzhab occupied the site, one of the few areas in extremely arid Baluchistan with adequate groundwater for irrigated cultivation. During World War I, when Pakistan was part of British India, the British extended the imperial railway from Calcutta to Quetta westward to Duzhab. Later, during the reign of Reza Shah Pahlavi (r. 1926–1941), the village was officially renamed Zahedan after the medieval capital of Sistan, which had been destroyed by the Mongols, and the administrative center for Sistan and Baluchistan was moved here from Khash.


Zahedan had developed into a small town of 17,500 inhabitants by 1956. After Iran and Pakistan joined the U.S.-sponsored Central Treaty Organization in 1958, Zahedan, as a frontier town, became a site for military facilities and related infrastructure projects that spurred rapid growth. By 1976 the population had quintupled to 93,740. However, the ethnic composition of the population also changed, from a majority of local Baluchis and Persian-speaking Sistanis to a majority of migrants from the central areas of Iran. In the 1980s thousands of refugees from Afghanistan resettled in the city. By 1996 Zahedan's population had reached 419,500.


Population growth has spurred the establishment of small and medium-size businesses, including cotton textile manufacturing, woven and knotted carpet production, reed mat and basket making, leather processing, food processing, livestock feed production, ceramics, brick kilns, and grain milling. Zahedan is a large market for foreign goods, a significant proportion of which are smuggled over the border with Pakistan. Zahedan also is believed to be a major center for the illegal processing of opium—smuggled into Iran from Afghanistan and Pakistan—into illicit narcotics.

Karachi , Karachi KARACHI The capital of Sind province in southern Pakistan, Karachi is the country's largest city and principal seaport, and it serves as a ma… Nigeria , Major Cities: Lagos, Abuja, Ibadan, Kaduna, Kano, Enugu Other Cities: Aba, Abeokuta, Ado, Benin City, Bonny, Calabar, Ede, Ife, Ilesha, Ilorin, Iseyi… Yazd , Yazd Ancient Iranian city located in an oasis in the central desert region. Yazd is the name of a province and its capital city in central Iran. The… Atlanta , Until the early nineteenth century, the site near the Chattahoochee River where Atlanta is located (originally named the Standing Peach Tree for a pe… Limburg , Limburg (lĬm´bûrg, Dutch lĬm´bûrkh), province (1994 pop. 1,125,200), c.850 sq mi (2,200 sq km), SE Netherlands, bordering on Belgium in the west and… Dutch Language , ETHNONYMS: Dutchmen, Dutchwomen; Hollanders (in a narrow definition for the people of the provinces of North and South Holland, in colloquial languag…