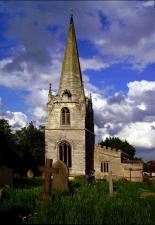 BROWNISTS, groups in England (c. 1580–1660) that openly separated from the established church. The term was derived from Robert Browne, author of Reformation without Tarrying for Anie (1583). Browne advocated an essentially Congregational polity, a church made up only of the visible elect, who were to choose and install their own officers. Later Separatists, including the Pilgrims at Plymouth, probably owed much to Browne, as did the settlers of the Massachusetts Bay Colony, although the latter always insisted that they had never separated from the Church of England.

See alsoChurch of England in the Colonies ; Puritans and Puritanism .

Cambridge Platform , CAMBRIDGE PLATFORM Also known as the Platform of Church Discipline, it was framed by a synod held in Cambridge, Mass., in 1648. Representatives of th… George Brown , George Brown (1818-1880) was a Canadian politician and newspaper editor who stood for the principle of majority rule, favored expansion into the West… Robert Brown , Brown, Robert Brown, Robert botany. In the eighteenth century the honorific designation of princeps botanicorum was bestowed by contemporary scholars… Massachusetts Bay Company , The Massachusetts Bay Company was formed in 1628 as a joint stock venture to trade in the fish and furs of New England. But from the beginning, a num… Rachel Fuller Brown , Rachel Fuller Brown Born: November 23, 1898 Springfield, Massachusetts Died: January 14, 1980 Albany, New York American biochemist Rachel Fuller Brow… Brown Coal , Skip to main content brown coal