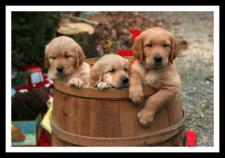 Setif , SETIF City southwest of Constantine in northeastern Algeria. Setif is located at the site of the ancient Roman city of Sitifis. Near Setif in 1152 th… Philistines , PHILISTINES (Heb. פְּלִשְׁתִּים), a people of Aegean origin occupying the south coast of Palestine, called Philistia (פְּלֶשֶׁת, peleshet) in the Bib… Adullam , ADULLAM ADULLAM (Heb. עֲדֻלָּם), city in Judah in biblical times. It was originally a Canaanite town, the seat of Hirah the Adullamite (friend and fa… Marl (city) , Marl (city) Hama , Hama or Hamah (both: hä´mä), city (1995 est. pop. 280,000), capital of Hama governorate, W central Syria, on the Orontes River. It is the market cent… Decapolis , DECAPOLIS (Gr. "the ten cities"), league or administrative grouping of Syrian-Greek cities situated in southern Syria, the northern Jordan Valley, an…