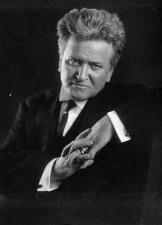 
Robert LaFollette (1855–1925), known as "Fighting Bob," introduced political and social reforms into his home state of Wisconsin. His practices later served as models for the rest of the United States during the Progressive Era (1900–1914). His legislative efforts to more fairly distribute and diversify wealth and power in the United States helped U.S. politics become more responsive to popular will rather than to special privilege. LaFollette was unrivaled as a radical and was a persistent fighter for democracy. He was known as the enemy of political machines and corrupt corporations and the friend of the farmer and the emerging blue-collar worker.

Robert Marion LaFollette was born in a log cabin in Primrose, Wisconsin, in 1855. His father died eight months after his birth, and his widowed mother worked hard to provide the essentials for her four children.

LaFollette managed to enroll in the state university at Madison, Wisconsin, in 1875. He supported himself by teaching school and by editing a student periodical at the university. He was a gifted speaker, who even considered a career in acting during college. However, he chose to study law, and in 1880 he was admitted as an attorney into the Wisconsin bar.

Since legal work was scarce, LaFollette was attracted to running for the office of district attorney in Wisconsin. Although his opposition had more money and more endorsements, LaFollette's door-to-door campaign among his farmer–neighbors, then an uncommon practice for a politician, won him the election. This experience taught him the importance of speaking directly to voters—a lesson he never forgot.

Two years later, in 1884, LaFollette ran for congressional representative from Wisconsin, and by reminding voters directly of his readiness to represent their interests in Washington, he won the election. At age 29, he was the youngest member of the House of Representatives. However, he failed to be reelected in 1890 and returned to a prosperous legal practice in Madison, Wisconsin.


The major turning point in his life came when the fiercely-honest LaFollette discovered that many of his Republican colleagues were stealing public funds. One of these colleagues approached him in an unsuccessful effort to obtain a sympathetic judge. LaFollete was being bribed by his own political allies and he later wrote: "Nothing else ever came into my life that exerted such powerful influence on me as that affair. It was the turning point, in a way, of my career. . . ."

From that time until the end of his life, LaFollette was a dedicated and principled public servant. It was now he and "the people" against the rich and venal politicians. He took his hard facts and preached directly to the people, speaking publicly wherever he could.

His enemies in Wisconsin successfully kept him from becoming governor of the state until he won the election of 1900, promising a reform program to destroy the old party machine. LaFollette was reelected to three terms as governor. Against the will of big business, he created a corporate tax and implemented "The Wisconsin Idea," a plan to use government as an agent of social and political reform. He treated Wisconsin as a progressive political laboratory, with expert commissions attending to taxes, railroads, banking, conservation, insurance, public service, and industrial problems. He next planned to take his "Wisconsin Idea" to the United States Congress and try his ideas on a national level.

In 1906 LaFollette became a senator from Wisconsin. He found himself battling with President Theodore Roosevelt (1901–1909), although both of them were Progressive Party members. LaFollette called Roosevelt "an inconsequential playboy." In 1912 he ran against Roosevelt and William Taft (1857–1930) for nomination as the Republican candidate to run against Democrat Woodrow Wilson (1856–1924) for the presidency. LaFollette's passionate run against Teddy Roosevelt split the Republican Party vote and Wilson likely won the election because of this.

President Wilson (1913–1921) gradually adopted many of LaFollette's progressive ideas. Wilson supported LaFollette's programs for public disclosure of campaign contributions and a fairer graduated taxation. LaFollette worked with Wilson indirectly to limit the powers of business, and he helped create the Department of Labor and the Federal Trade Commission. LaFollette fought for higher worker wages and better working conditions for American laborers, and he supported women's right to vote. He also advocated civil rights legislation for ethnic minorities.

LaFollette's ideas impacted the entire twentieth century. They led to laws benefiting working people and to even larger global social changes during the presidencies of men like Franklin Roosevelt (1933–1945), Harry Truman (1945–1953), and Lyndon Johnson (1963–1969).

Robert LaFollette died in 1925 from complications of pneumonia, asthma, and a coronary condition. He spent a lifetime fighting bad business practices and creating laws to protect the rights of ordinary Americans.

Ekirch, Arthur A. Progressivism in America: A Study of the Era from Theodore Roosevelt to Woodrow Wilson. New York: New Viewpoints, 1974.

lafollette's ideas impacted the entire twentieth century. they led to laws benefiting working people and to even larger global social changes during the presidencies of men like franklin roosevelt, harry truman, and lyndon johnson.