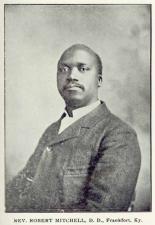 Robert A. Woods was born in Pittsburgh, Pa., on Dec. 9, 1865. After attending Amherst College, he entered Andover Theological Seminary in 1886. Affected by the "Christian Socialist" ideas of the time, he considered how to dedicate himself to useful works. In 1890 he graduated from Andover, served briefly as a chaplain at the Concord, Mass., Reformatory, then became a resident student at Toynbee Hall, a settlement house in London, England.

When Woods returned to America, he was determined to emulate the work of the settlement. He offered a series of lectures at Andover, published as English Social Movements (1891), and opened Andover House in Boston in 1891 to minister to the immigrant poor. He directed the settlement house until his death. In 1896 its name was changed to South End House. He also began a career as a civic figure, seeking improved public facilities such as baths, gymnasiums, and industrial schools.

Inspired by Charles Booth's study of the London poor, Life and Labour of the People (1904), Woods determined to apply a similar method of survey to Boston. Essentially, his goal was to utilize the neighborhood as a means for enriching the city. The result, the first such American survey, conducted under his direction, was The City Wilderness: A Study of the South End (1898) and Americans in Process: A Study of the North and West Ends (1902). These and later surveys have been criticized for seeking to teach middle-class Anglo-Saxon values, rather than attempting to understand the nature of the separate groups; nevertheless, they broke the ground for later investigators.

Woods helped organize the National Federation of settlements in 1911. He and Albert J. Kennedy, a younger associate, edited Handbook of Settlements (1911) and Young Working Girls (1913). They also prepared The Settlement Horizon: A National Estimate (1922). Woods was particularly troubled by the debilitating influence of hard liquor and was a leading prohibitionist. His continuing faith in rural values and neighborhood virtues was shown in his study The Preparation of Calvin Coolidge: An Interpretation (1924). He died on Feb. 18, 1925, in Boston.

The book by Woods and Albert J. Kennedy, The Zone of Emergence, abridged and edited with an introduction by Sam B. Warner, Jr. (1962), was a pioneering examination of ethnic groups that had transcended their original environments. A biography of Woods by his wife, Eleanor H. Woods, is Robert A. Woods: Champion of Democracy (1929). Extensive material on Woods and his career is in Allen F. Davis, Spearheads for Reform: The Social Settlements and the Progressive Movement, 1890-1914 (1967). Woods figures prominently in Albert Boer, The Development of USES: A Chronology of the United South End Settlements, 1891-1966 (1966). □

Tiger Woods , Woods, Tiger 1975– Professional golfer Tiger Woods is a great athlete, and well on the road to becoming a hero. Before the age of 20, he’ d already a… Wood Products , Wood and wood products have played a critical role in the evolution of humankind. From the most primitive of beginnings, humans have used wood for su… Cuckoo Clock , Background The cuckoo clock is a favorite souvenir of travelers in Germany, Austria, and Switzerland, and particularly the Black Forest region of Ger… Catamaran , catamaran •sampan • tarpan •bedpan, deadpan •skidpan • inspan • wingspan •marzipan •frypan, taipan •lifespan • Chopin • saltpan • outspan •dustpan •… Sapwood , sapwood •could, good, hood, Likud, misunderstood, pud, should, stood, understood, withstood, wood, would •Gielgud • manhood • maidenhood •nationhood… Abraham Isaac Kook , Gush Emunim GUSH EMUNIM ("The Bloc of the Faithful"), a spiritual-political movement established for the purpose of implementing its belief that the…