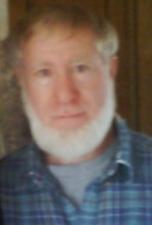 oxford
views updated
Whitefield, George (1714–70). Evangelist. Born at the Bell Inn, Gloucester, which his father kept, Whitefield entered Pembroke College, Oxford, as a servitor in 1732. Attracted by the Oxford methodists, he openly joined them in 1735. Ordained deacon and then priest (January 1739), he went to America for the first of seven visits in 1738. If his first sermon reputedly drove fifteen hearers mad, his breakthrough as an evangelist came in February 1739 when he preached in the open air to 200 Kingswood colliers. This daring irregularity made his name and soon he was preaching to thousands. He first used extempore prayer in 1738, giving up the surplice in America, where he also exchanged pulpits with dissenters. His championship of predestination interrupted his friendship with Wesley in the late 1740s and the breach between calvinist and arminian methodists remained unhealed. From 1741 Whitefield's London base was Moorfields tabernacle, with other tabernacles at Norwich (1751), Bristol (1756), and elsewhere. In 1744 he met Lady Huntingdon, proving no match for her ‘tip-top gentility’. He is said to have delivered 18,000 sermons, preaching 40–60 hours a week. He visited Ireland, Scotland, and Wales as well as America, where he died, worn out, at Newbury Port, New Hampshire, in September 1770. Fair, stout, irritable, orderly, and punctual, with an inimitable voice, his weakness as an organizer has obscured his lasting influence as the evangelical revival's greatest preacher.