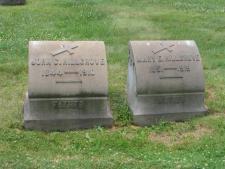 Kennelly was the son of David Joseph Kennelly, an Irish-born employee of the East India Company who later became a barrister and practiced in England and Canada, and Kathrine Heycock Kennelly, English-born daughter of a Bombay cotton-mill owner. She died when Kennelly and his older sister were small children; the father later remarried twice and had ten more children. The boy was educated in Britain and on the Continent but did not attend a university.

His interest in engineering haveing been aroused by a lecture by Latimer Clark on submarine telegraphy, Kennelly left school at fourteen to become an office boy at the Society of Telegraph Engineers (predecessor of the Institution of Electrical Engineers). At fifteen he became a telegraph operator for the Eastern Telegraph Company, whose employee he remained for ten years, acquiring an engineering education through practice and independent study.

In 1887 Kennelly immigrated to the United States, where he became an assistant to Thomas A. Edison and a consulting engineer; in 1894 he founded his own consulting firm with Edwin J. Houston but continued to be active in his own specialty, submarine cables. In 1902 he was appointed professor of engineering at Harvard University, a post he held until he retired in 1930. Between 1913 and 1924 Kennelly had a second appointment at the Massachusetts Institute of Technology. During the remainder of his career he made important contributions in three areas: the theory and practice of electrical engineering, the study of the ionosphere, and the evolution of electrical units and standards.

Kennelly’s principal contribution to electrical engineering arose from an early interest (contemporaneously with C. P. Steinmetz) in the representation of alternating-current quantities by complex variables; his first publication on that subject appeared in 1893. A little later another great contemporary with whom his name was to be linked on several occasions, Oliver Heaviside, proposed the representation of the distribution of current and voltage in a cable by hyperbolic functions; Kennelly extended that notion by the use of complex hyperbolic functions and also introduced polar notation for the complex quantities—that is, using reiθ instead of x+iy, where and θ = arc tan (y/x) —an innovation of considerable pedagogical and practical value.

Kennelly’s best-known contribution is his suggestion, following Marconi’s success in bridging the Atlantic by a radiotelegraphic signal in 1901, that radio waves must be reflected from a discontinuity in the ionized upper atmosphere. Soon thereafter the same explanation occurred independently to Heaviside and the name Kennelly-Heaviside layer was given to the region; it is now known as the ionosphere.

In his third major activity Kennelly’s interests again overlapped with Heaviside’s: both were interested in the evolution of electrical notation, units, and standards. Kennelly served as president of the American Metric Society, officer of the Metric Association, secretary of the standards committee of the American Institute of Electrical Engineers (AIEE), and secretary and president of the U.S. National Committee of the International Electrotechnical Commission, which he had helped found in 1904. He was instrumental in the adoption of a uniform nomenclature and of the meter-kilogram-second (mks) system as an international standard. Kennelly also was president of the AIEE (1898–1900), the Illuminating Engineering Society (1911), the Institute of Radio Engineers (1916), and the International Radio Scientific Union (honorary, 1935). He received several honorary degrees and many medals, including the AIEE’s Edison Medal, and was elected to membership of the U.S. National Academy of Sciences and the Swedish Academy.

In 1903 Kennelly married Julia Grice, a physician. They had a daughter, who died in infancy, and son.

Steam engine , Steam Engine History The workings of a steam engine Resources A steam engine is a machine that converts the heat energy of steam into mechanical ener… Jet Engine , A jet engine is a heat engine that is propelled in a forward direction as the result of the escape of hot gases from the rear of the engine. In an ai… Thomas Newcomen , Newcomen is renowned as the inventor of the steam engine. He was descended from an aristocratic family that had lost its property during the reign of… Internal-combustion Engine , Internal-Combustion Engine The invention and development of the internal-combustion engine in the nineteenth century has had a profound impact on hum… Diesel Engine , diesel engine, type of internal-combustion engine invented by the German engineer Rudolf Diesel and patented by him in 1892. Although his engine was… Engine , engine Machine that produces useful energy of motion from some other form of energy. The term is usually restricted to combustion engines, which burn…