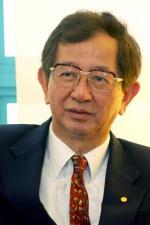 Chemist Yuan Tseh Lee (born 1936) shared the 1986 Nobel Prize for Chemistry with two colleagues for the part he played in the development of chemical-reaction dynamics. Their work opened important new fields of chemistry. Remarkably, Lee developed many of the laboratory tools he employed in his research, receiving a number of patents over the years. A great educator as well as innovator, Lee would later return to his homeland to head Taiwan's top academic and research institution.

Yuan Tseh Lee was born on November 29, 1936, in Hsinchu, Taiwan. His father was a respected artist and his mother taught school. World War II had a great impact on his early life. When Lee started his elementary education, Taiwan was under Japanese occupation. His early schooling was interrupted by the war, as the Taiwanese had to move into the nearby mountains to escape the frequent bombings of the Allied Army. After the war, when Taiwan came under Chinese rule, Lee was able to continue his education as a third-grader. During his elementary school years, Lee first met Bernice Wu, who he would later marry. The marriage would produce three children: Ted, born in 1963; Sidney, born in 1966; and Charlotte, born in 1969.

During his early school years, Lee was an active student. His extracurricular activities included sports: he played baseball and was a member of a championship ping-pong team. In high school, he enjoyed tennis and played trombone in his school's marching band. Juggling school-work with his other interests taught Lee the value of time at a relatively youthful age. He credited this ability with his later success. "I learned how to use time productively, a skill which was very beneficial to my subsequent work," he told interviewer Ying-Yuen Hong.

Lee was an avid reader, a pursuit that helped shape his career direction. He cited a biography of Madame Curie as one of the major influences of his life. He was so impressed with Curie's passion for science and her compassion for her fellow human beings that he decided that he, too, would become a scientist.

Lee excelled as a high school student and easily qualified for college. In 1955, when he applied to the National Taiwan University, he was admitted without having to take an entrance exam. He entered with a good idea of what he wanted to study. "Before I went to college, I had already developed an interest in academic research," he told Hong.

In college, it did not take Lee long to focus on a specific career direction. At the end of his freshman year, he decided to enter the field of chemistry. Taiwan University fostered his academic and professional development: he studied under enthusiastic professors and a strong solidarity existed among the students. This helped Lee develop an innovative approach to his studies, something that would shape his later career. "After I entered the college, I knew from the experiences of others around me that if one wanted to become a laboratory scientist, one had to learn about electronic-related equipment," he told Hong. "And so I did just that. When I was researching and doing work in synthetic chemistry I needed to understand vacuums, so I studied the art of glass blowing." For his BS thesis, he worked with Professor Huasheng Cheng on the separation of strontium and barium using the paper electrophoresis method.

Lee began graduate work at the National Tsinghua University in 1959 and eventually received a Master's degree. His thesis involved the studies of the natural radioisotopes contained in hukutolite. He then stayed on at Tsinghua as a research assistant. Working with Professor C.H. Wong, Lee carried out the x-ray structure determination of tricyclopentadienyl samarium.

Relocated to the U.S.

In 1962, Lee enrolled at the University of California at Berkeley as a graduate student. His thesis involved research on chemi-ionization processes of electronically excited alkali atoms. Lee became interested in ion-molecule reactions and the dynamics of molecular scattering—particularly crossed molecular beam studies of reaction dynamics. This direction of study would eventually lead him into work that would culminate in a Nobel Prize.

Lee earned his Ph.D. in 1965 and began performing experiments involving ion molecule reactive scattering. He employed ion beam techniques that measured energy and angular distributions. Before long, he could design, build, and perform experiments with a powerful scattering apparatus. He also assembled a complete product distribution contour map. At the time, these accomplishments were considered significant achievements. They could be attributed to the innovative approach he often brought to his education. "When I got to the University of California to complete my doctorate, I also mastered machine shop skills, as I needed to know about it for my doctorate work," he related in the interview with Hong. "In my later experiments, I ended up using these practical skills. Out of all this study, I came to realize that in our society, any person with a special skill in a certain area can truly impact society. It is only in this way that progress in society can be pushed forward."

At Harvard University in 1967, Lee began his association with Dudley R. Herschbach, the man with whom he would eventually share the 1986 Nobel Prize. Working as a post-doctoral fellow, Lee studied reactions of hydrogen atoms and diatomic alkali, as well as the construction of a universal crossed molecular beams apparatus. Other notable colleagues with whom Lee engaged in research included Robert Gordon, Doug McDonald, and Pierre LeBreton.

Pursuing further postdoctoral studies, Lee would experiment with and build upon the crossed molecular beam technique that Herschbach had developed. Herschbach derived his technique from elementary particle physics. It brought together molecular beams at supersonic speeds under controlled conditions, enabling researchers to closely observe how events occur during chemical reactions. Lee would bring the technology of mass spectroscopy into the technique. This allowed researchers to identify the products from chemical reactions—specifically the reactions of oxygen and fluorine atoms with complex organic compounds. By late 1967, thanks to the efforts of Lee and his colleagues, a machine was developed that was used in the first successful non alkali neutral beam experiment.

The following year, Lee entered the hugely successful academic phase of his career when he became an assistant professor in the Department of Chemistry at the James Franck Institute of the University of Chicago. Still working as a scientist, and now aided by his students, he built a new, more advanced crossed molecular beams apparatus that resulted in even more successful experiments. Lee was promoted to associate professor in 1971 and professor in 1973. He became an American citizen in 1975. That same year, he returned to Berkeley as a professor of chemistry and principal investigator at the Lawrence Berkeley Laboratory of the University of California.

Back at Berkeley, Lee would build what Richard Bernstein, professor of physical chemistry at the University of California at Los Angeles, once described as "some of the most powerful equipment in the field." As the range of Lee's work grew, his laboratory became one of the best in the world, and it attracted scientists from many countries. It contained complex molecular beams apparati designed to deal with problems associated with reaction dynamics, photochemical processes, and molecular spectroscopy.

Lee's association with Herschbach resulted in a share of the 1986 Nobel Prize for Chemistry, along with John C. Polanyi of the University of Toronto. The scientists were recognized for their research, performed independently, that led to the development of chemical-reaction dynamics. Their work enabled others to focus on the behavior of individual molecules in a chemical reaction, rather than just looking at the overall behavior of a large mass. According to Eric Leber of the American Chemical Society, the findings of their research presented the field with new applications that would improve the efficiency of industrial chemical reactions and the ability to burn coal and other fuels cleanly. It would also provide new information about the earth's atmosphere, such as how chemicals harm the ozone layer. At the time of his award, Lee was a chemist and University of California professor emeritus. He was also a professor emeritus of chemistry and principal investigator at the Lawrence Berkeley Laboratory.

Sensing that his life was becoming too complicated, Lee decided to return to Taiwan in 1987. He intended to help bring about major changes in Taiwanese society, to advance science, and to upgrade the country's leading educational institution, the Academia Sinica—and very importantly, to serve as a role model for young people. Another reason for returning was that he felt Asian scholars could make a real difference by returning to their native countries and helping them to develop.

As president of Academia Sinica, Lee would play a major role in shaping educational and scientific policy in Taiwan. He reported directly to the president of Taiwan and acted as his senior science adviser. Lee chaired Taiwan's Council of Educational Reform, advocating democratization, professionalism, and university autonomy. He also served as president of the Singapore-based Tan Kah Kee International Society, a large foundation dedicated to promoting education as a means of advancing democracy and development. His efforts were recognized in 1998 when Lee received the Clark Kerr Award for Distinguished Leadership in Higher Education. By this time his intellectual interests extended well beyond the field of chemistry. Lee often spoke about the direction and responsibilities of higher education, the future of mankind, global warming, the futility of war, and the environment. He also embraced the idea of the world as a global village.

Stratford , Stratford, home of the Lee family, overlooking the Potomac River, E Va., SE of Fredericksburg. A national shrine dedicated in 1935, the site was purc… Henry Lee , LEE, HENRY. (1756–1818). ("Light-Horse Harry"), Continental cavalry leader. Virginia. Born at Leesylvania and graduating from the College of New Jers… Ann Lee , LEE, ANN (1736–1784), English visionary and founder of the American Shakers. Growing up in a poor, working-class family in Manchester, England, Ann L… Peggy Lee , Lee, Peggy Singer, songwriter, composer, actress With her soft, rhythmic voice and purring sensuality, singer Peggy Lee has been intriguing audiences… Bruce Lee , At the time of his sudden and mysterious death in 1973, actor and martial arts expert Bruce Lee (1940-1973) was on the verge of international super-s… Stoss And Lee , Skip to main content stoss and lee