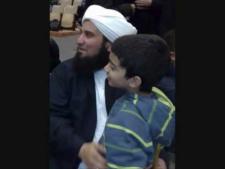 oxford
views updated
Abū Ḥanīfa (d. 767 (AH 150)). Muslim theologian and jurist, and founder of the Ḥanafites (Kufan) law school (sharīʿa). Abū Ḥanīfa's use of qiyās (analogy), istiḥsān (juristic preference), raʾy (personal judgement) to resolve new legal problems arising in the expanding Muslim world, characterized his law school, in contrast to the other schools of law. Furthermore, he stressed the idea of an international Muslim community, unified by the Qurʾān and Sunna, avoiding extremes. In his personal life, he suffered punishment and imprisonment at the hands of the Umayyads and ʿAbbāsids because of his independent viewpoint and his refusal to accept the official post of qādī in Kūfa. He died in prison in Baghdād. His school of law is extensively followed and applied in the Muslim world.