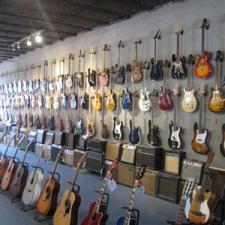 New Age musician Nicholas Gunn has sold more than one million copies of his nine albums since 1991. The achievement is all the more impressive because the marketing of his albums has bypassed the traditional route of attaining radio airplay and shelf space in music retail outlets. Instead, many of Gunn’s albums have been sold through gift shops and souvenir stores. As one of the artists of Real Music Records’ “National Parks” series, Gunn released The Music of the Grand Canyon in 1995. The album sold over 100,000 copies, many of them at the national park itself. Gunn and Real Music donated a portion of the revenue from the album to the preservationist Grand Canyon Association, and the promotional tie-in to the park helped raise the artist’s profile for his following releases. Married to New Age musician Cheryl Gunn, Nicholas Gunn has also performed on his wife’s albums, including 1997’s Vanity of Venus. The album was released on Anagram Records, which the Gunns founded in 1997. The company also marketed a flute designed by Gunn as a limited-edition instrument. Although he has sometimes been described as an entrepreneur because of his many business activities, Gunn insists that music remains his priority. As he was quoted in his biography at the Real Music website, “[My music] is a reflection of where I picture the world to be, of everything in balance.”

Nicholas Gunn was born in 1968 in Rochester, England. He remained in the city to attend the Royal School of Music, where he studied music composition while training on the flute. After graduating from the school, Gunn relocated to the United States. Settling in Southern California, Gunn began to write and record original material at his home studio. The primary source of his inspiration was the natural beauty of the American Southwest. In 1991 he released his first album of original material, Afternoon in Sedona, which paid tribute to the area around Sedona, Arizona. Known for its red bluffs rising out of the Arizona desert, Sedona has been noted by some Native American groups as a center of spiritual power, and Gunn’s album of instrumental music reflected this belief. “I have always been drawn to [the] Southwest region of the United States, from the awe-inspiring sunsets of the barren deserts to the lush terrain of the high plateaus and canyon rims,” Gunn stated at the Anagram Records website. “Its beauty is worth celebrating.” Afternoon in Sedona was rereleased by Real Music in 1993.

Real Music distributed Gunn’s second album, The Sacred Fire, released in 1994. The album was a commercial breakthrough for the musician as it hit the top ten on Billboard’s New Age albums chart. The Sacred Fire also brought Gunn into collaboration with a number of other noted New Age musicians, including singer Cassandra Sheard, guitarist Zavier, cellist Sachi McHenry, and violinist Karen Briggs. Like Afternoon in Sedona, The Sacred Fire invokes Native American spiritualism as it celebrates the American Southwest. Gunn also explores Latin American rhythms on the track “Baile para la luna” (“Dance to the Moon”), which conjures up an isolated village in South America where traditional music and rituals are still performed. The album also branches out stylistically with the song “Odessa,” which gained some airplay as a dance track.

Although Gunn’s fan base had steadily grown with his first two releases, he worked in conjunction with Real Music records to try a new strategy for his next release, 1995’s The Music of the Grand Canyon. As on his previous releases, Gunn’s work offers different instrumental and vocal interpretations of the natural and human environments of the Southwest. Taking advantage of the album’s obvious appeal to visitors at the Grand Canyon National Park, Real Music marketed it as part of its National Parks Series, displaying the album prominently at souvenir shops around the park and in New Age-related gift shops across the country. As a relatively new artist on the scene, Gunn realized that he was taking a chance with his reputation by marketing his work through such a nontraditional route. “My first concern was that it would become generic,” Gunn told Billboard in a March 1997 review of the marketing strategy. “I said, ‘Do we have to call it The Music of…?’ I understand why, but at the time I was worried about artistic identification, without any picture and my name under the title in small print.”

Despite his misgivings, Gunn entered into the making of The Music of the Grand Canyon with the same passion that had inspired his previous projects. “Writing about our national treasures lends its own direction,”

Studied flute and composition at the Royal School of Music in England; released recording debut, Afternoon in Sedona, 1993; released two albums inspired by the Grand Canyon; released Through the Great Smoky Mountains, 2002.

the musician stated on the Anagram Records website. “I take a mental and visual ride along, placing musical highlights on an already completed work of art, nature.” An August 1995 Billboard review praised the “heroic themes, vocal chants, and African-influenced percussive rhythms” of The Music of the Grand Canyon and predicted that the album “should easily rise out of the shopping soundtracks” in terms of its marketing. The album eventually spent eight months on Billboard’s New Age albums chart and sold almost 200,000 copies within two years of its release. Gunn and Real Music agreed to give a portion of the album’s sales to the Grand Canyon Association; the nonprofit preservation group eventually received over $100,000 from the arrangement.

In 1996 Gunn worked with his wife, pianist Cheryl Gunn, on his album Crossroads. In addition to sharing composition and arranging credits on the album, Cheryl also appears as a vocalist and pianist on Cross- roads. The album features some of Nicholas Gunn’s most complex arrangements to date and incorporates more Latin-style rhythms into his work. The following year Gunn returned the favor to his wife by appearing on her debut album, Vanity of Venus, which Billboard called “a lush and passionate recording that beautifully showcases the Gunns’ talents” in a March 1998 profile of New Age music. The album was the first release on the couple’s new record label, Anagram Records, which also began offering Nicholas Gunn’s work through its website. Within the first five years of its existence, the label signed New Age artists Mars Lasar and Loren Gold to its roster and expanded its offerings to include a line of hand-crafted campfire flutes, designed by Gunn.

Gunn collaborated with his wife again on the 1998 release Passion in My Heart, which continues to explore Native American, Latin American, and South-western themes through its music. In 1999 Gunn offered another epic collection of tracks with Return to the Grand Canyon, which pays further homage to the natural wonder of the site. In 2001 Gunn reworked some of his compositions from the previous decade for the release The Great Southwest. In addition to allowing Gunn to rework some of his music, the experience also allowed him to advance his technical aptitude in the recording studio. “I was able to use music passages that have never been heard before and incorporate them into my favorite songs,” Gunn wrote on the Anagram Records website. “This has given the pieces new life. I plan to record and mix all my future records in high definition as the market for DVD audio is already here, and I would like to be ready for it also.” In May 2002 Gunn released another album related to the natural environment, this time, however, focusing on a different region of the United States: Through the Great Smoky Mountains: Musical Journey was inspired by America’s Appalachian region.

Ottmar Liebert , Liebert, Ottmar Guitarist As a newcomer on the international music scene during the early 1990s, Ottmar Liebert traveled through much of Eurasia in s… Steven Curtis Chapman , Chapman, Steven Curtis Chapman, Steven Curtis Singer, songwriter The fast-growing popularity of contemporary Christian music has been greatly helped… Shakira , Shakira Shakira Singer, songwriter Although she is one of the biggest stars on the Latin music scene, Shakira, a native of Colombia, doesn’t think of… Phil Keaggy , Keaggy, Phil Singer, songwriter During a careerthat has spanned overthree decades, Phil Keaggy has carved out a unique niche for himself in both the… Sergio Mendes , Mendes, Sérgio: 1941— From the Bossa Nova craze of 1950s Brazil to the explosion of interest in Latin music on a global basis, Sérgio Mendes has been… Yanni , Yanni Composer, keyboardist A lot of people think they’ve never heard Yanni’s music. Yet in the early 1990s, the keyboardist’s work was heard by more…