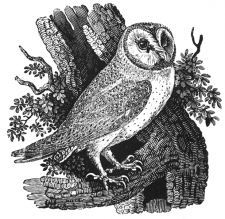 oxford
views updated
Bewick, Thomas (1755–1828). English animal artist and engraver, born near Newcastle upon Tyne, where he spent most of his life and established a school of engraving. He was apprenticed at 14 to Ralph Beilby, an engraver and jeweller with whom he was later in partnership for 20 years. A bird-watcher and countryman, Bewick's finest work is in natural history illustrations particularly to a number of his books, including A General History of Quadrupeds (1790) and A History of British Birds (1797, 1804). He is equally admired for his tailpieces, which are exquisite miniature scenes of shrewdly observed incidents of rustic life and manners in Georgian England. Regarded as the father of modern wood engraving, Bewick halted the decline of engraving into a primarily reproductive technique and brought to it new expressive possibilities. His Memoirs were published in part in 1862 and in full in 1975.

Archaeopteryx , Archaeopteryx (är´kēŏp´tərĬks) [Gr.,=primitive wing], a 150 million-year-old fossil animal first discovered in 1860 in the late Jurassic limestone of… Man-o-war Bird , man-o-war bird man-o'-war bird or frigate-bird, most aerial of the water birds, found in the tropic seas. The man-o'-war bird's wingspread (71/2 ft/2… Bird Of Paradise , bird of par·a·dise • n. 1. (pl. birds of paradise) a tropical Australasian bird (family Paradisaeidae), the male of which is noted for the beauty and… Stymphalian Birds , Stymphalian birds in Greek mythology, harmful birds which infested Stymphalus, a district in Arcadia, and were destroyed by Hercules as the fifth of… Bird , Birds A bird is a warm-blooded vertebrate (an animal with a backbone) that has feathers, a beak, and two wings. Its most unique feature is the abilit… Robert Montgomery Bird , Robert Montgomery Bird Robert Montgomery Bird Robert Montgomery Bird (1806-1854) was an American dramatist and novelist of true skill who gradually m…