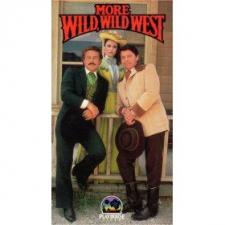 Voice of Leonard DaLinguini, Bruno the Kid, syndicated, 1996-97, episodes of the series edited as the film Bruno the Kid: The Animated Movie, 1996.

Halden Brevik, The Birdmen (also known as Escape of the Birdmen and Operation Braindrain—Codename: Chessboard), ABC, 1971.

The marquis, Ned Blessing: The True Story of My Life (also known as Lone Justice and Ned Blessing), CBS, 1992.

Masters, "With the Heel Back, Can the Nehru Jacket be Far Behind?," The Rockford Files (also known as Jim Rockford, Jim Rockford, Private Investigator, and Rockford), NBC, 1978.

"A Title on the Door and a Carpet on the Floor," Richie Brockelman, Private Eye, NBC, 1978.

Alistar Lombard, "Variations on a Theme," The Antagonists, CBS, 1991.

Fortunato, "The Cask of Amontillado" segment, broadcast as part of "Edgar Allan Poe: Terror of the Soul," American Masters, PBS, 1995.

Alar, "The Other Side," Stargate SG-1 (also known as La porte des etoiles and Stargaate SG-1), Showtime and syndicated, 2000.

Voice of Alexander Hamilton, "The Duel," The American Experience, ABC, 2000.

Himself, "The Films of Robert Altman," The Directors, Encore, 2001.

Appeared in other programs, including Lucky Luke, [Italy]; and Storytime, PBS.

Voice of Dr. March, "On Leather Wings," The Adventures of Batman and Robin (also known as Batman and Batman: The Animated Series), Fox, 1992.

Voice of Dr. March, "Terror in the Sky," The Adventures of Batman and Robin (also known as Batman and Batman: The Animated Series), Fox, 1992.

Voice of gardener Allen Gladioluses, "Escape from the Plant of the Apes," Captain Simian & the Space Monkeys, syndicated, 1997.

Voice of Scarab, "Just Another Piece of Jewelry," The Mummy: The Animated Series (also known as The Mummy: Secrets of the Medjai), The WB, 2003.

Voice of Scarab, "Like Father, Like Son," The Mummy: The Animated Series (also known as The Mummy: Secrets of the Medjai), The WB, 2003.

Harris, Where the Buffalo Roam, Universal, 1980.

The hero, The Rehearsal, Sharon Playhouse, 1964.

Malvolio, Twelfth Night (also known as Twelfth Night, or What You Will), Repertory Theatre of Lincoln Center, Vivian Beaumont Theater, 1972.

Sandor Turai, The Play's the Thing, Brooklyn Academy of Music, 1978.

Voice of Edward Dmytryk, Are You Now or Have You Ever Been?, L.A. Theatre Works, BBC and KCRW (National Public Radio affiliate), c. 1994.

Directed Oh, Dad, Poor Dad, Mama's Hung You in the Closet and I'm Feeling So Sad.

Voices of Bigout and taxi driver, Gabriel Knight 3: Blood of the Sacred, Blood of the Damned, Sierra Online, 1999.

Various voices, Pirates of the Caribbean: At World's End, 2007.

Various artists, Some Haystacks Don't Even Have Any Needle (poetry), c. 1969.

(As the voice of Peter Parker/Spider-Man) Various artists, The Amazing Spider-Man: A Rockomic! From beyond the Grave!, Buddah Records, 1972.

(As the Scarecrow) Various artists, The Children's Museum of Los Angeles Presents "The Wonderful Wizard of Oz: A Centennial Edition," Whirlwind Media, 2001.

Various authors, 2000x: Tales of the Next Millennia, Hollywood Theater for the Ear, Fantastic Audio, 2002.

Preston and Child, The Book of the Dead, Time Warner AudioBooks, 2006.

Preston and Child, The Wheel of Darkness, Hachette Audio, 2007.

Appeared in other recordings.