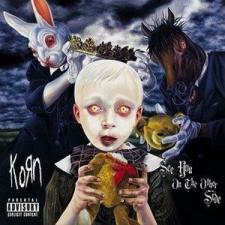 The term other is used in a variety of contexts. In the most basic sense, the other is used with a small o to depict the manners or processes by which perceptions of others are attained. This is the subject of much research in psychology, neurology, cognitive science, and philosophy of mind. Psychologists, particularly childhood psychologists, postulate that perceptions of the other proceed inter alia from processes of contrast, comparison, and analogy through which the self sets itself apart from, first, those who are close—mother, father, and other kin—and, second, outwardly to distant “strangers” (Klein 1964; Erikson [1950] 1993). It is thus understood that consciousness of the self depends upon processes that affect distinct characteristics to others.

Often in the social sciences and humanities the other is signified by a capital O. For instance, following in the footsteps of Georg W. F. Hegel ([1807] 2003) and Edmund Husserl ([1929] 1999), continental European philosophy investigates the question of otherness in conjunction with the tendency of the self to conceive all things after one’s own likeness. This tendency results in the desire of the ego to “feel at home” in any philosophical speculation or scientific inquiry and yet separate or above the process of inquiry. The Other emerged in this context with either a transfigured or disfigured essence, no longer a reflection of itself and unaware of itself. This “Other” is a product of the self or at least only knowable first because of one’s awareness of the self.

Post–World War II existentialists such as Jean-Paul Sartre sought to “transcend” the subjugated position of the Other by examining the role that self-consciousness plays in any inquiry (Sartre [1943] 2001). Then, from Russia and eastern Europe, Mikhail Bakhtin, Emmanuel Levinas, and Julia Kristeva brought to the terms other and otherness different inflections and connotations (Bakhtin [1986] 1993; Levinas 2000; Kristeva 1994). These authors founded their theories of the Other on personal or collective experiences in more or less cosmopolitan contexts of heterogeneous mixes of disparate languages and cultures in Europe. They stressed their own otherness based on difference, that is, either individual characteristics of persons or systematized identities of classes of people. For Levinas, the Other is the very condition of one’s own existence. The Other is not any particular person, but instead an entire category that he calls “Otherness,” which makes being and self or “I” possible, thus reversing the presupposition of phenomenologists such as Husserl and other continental thinkers who began all philosophical inquiry with the self. This line of argument has also concerned feminist thought, accepting the problem of the Other as the first philosophical question (Butler 2005) but insisting on the re-examination of the highly gendered notions of the ego, desire, subjectivity, and ethics (Beauvoir [1949] 1989).

The Other has not always been an interlocutor or object of reciprocal engagements. Karl Marx, Friedrich Nietzsche, Michel Foucault, and others have indicated difficulties involved in transcending the immediacy of the self in ideology or inquiry into social, political, and economic relations (Marx [1844] 1998; Nietzsche [1901] 1967; Foucault 2005). Anticolonialists and postcolonial theorists have constructed similar arguments that posit that the colonial enterprise was guided by an ideology that degraded the markers of culture, arts, and science in non-European societies to the status of folklore, myths, shamanism, and the like. Then, the colonized other was not merely different. Placed under the sign of the native (the secular equivalent of infidel), the other was deemed inferior and variably educable according to race, geography, and culture (Said 1979). It is now widely accepted that colonialists projected their own inadequacies or fears onto the colonized (Trouillot 1997). Even today, political discourse is rife with notions of rogues, failed states, and doctrines of democratic peace that assume inherent differences based on region, religion and culture, and race.

However, the stereotyping of the other(s) remains intractable because it seems to be integral to thought processes. It has benign or deadly consequences, depending on intent and circumstances, extending from simple acts of discrimination to ethnic cleansing and other crimes against humanity. As a result, neuroscientists and other specialists of the brain have undertaken inquiries on the nature of the brain, particularly how the brain generates and processes perceptions of self and the other. Indeed, scientists continue to wonder about the extent to which the brain and the mind can be made to transcend self-consciousness and affect to relate differently to desire, interest, and their pathos (Damásio 2000). For social scientists, the question of self and other centers on the means to a higher order of politics, where all might feel at home aided by scientific practices that ensure human survival (Connolly 2002).

Damásio, António. 2000. The Feeling of What Happens: Body and Emotion in the Making of Consciousness. New York: Harcourt, Brace.

Husserl, Edmund. [1929] 1999. Empathy and the Constitution of the Other. In The Essential Husserl: Basic Writings in Transcendental Phenomenology, ed. Don Welton, 135–160. Bloomington: Indiana University Press.

Sartre, Jean-Paul. [1943] 2001. Being-for-Others. In Being and Nothingness: A Phenomenological Essay on Ontology. New York: Citadel.

Yet, properly speaking, the Other is not a Freudian concept, even if it seems central to the experience of treatment.

Situating the dream and the unconscious in "another scene" was as far as Freud went in conceptualizing this place. The Topographical theory (conscious—preconscious—unconscious) like the structural theory (id—ego—superego) does not allow for the radical otherness of the unconscious, because it situates its terms on the same level. But the unconscious is what forces us to think three-dimensionally despite the dualities that define the imaginary.

The Lacanian Other does not have a philosophical origin either. Platonic otherness (cf. Timaeus ) is reserved for what temporarily disrupts sameness, considered as ideal. Of course, the difference between the sexes is in all likelihood the imaginary basis for Plato's thought. But homosexual influence, which generally underlies his thought, continues to treat woman as a degraded man, that is, identical except for a single detail, but at the price of investing this detail narcissistically.

The Other dimension introduced by Freud and conceptualized by Lacan is all the same an essential contribution to the conduct of treatment, as well as to the cultural field.

How can a reader grasp a category that, without being magical or supernatural, cannot be touched or seen? Perhaps by appealing to the shared experience of speech, insofar as it always supposes an interlocutor—it is said that a child learns not so much to speak as to respond, in such a way that the original address remains the force behind his words. Dialogue both unites and divides speaker and listener through what they are unaware of and what motivates them, the unconscious. This reciprocal opening is just what is needed if each is going to seek in the other the object, the unknown cause of his own desire, without which each one sings his or her own song, and no harmony results.

This other place, which is circumscribed by the opening proper to the "speaking-being," (who engages the lost object, the great sustainer of desire, through the operation that Freud called castration) and which overlaps with that of the partner, is the gap, covered or sutured, that shelters the unconscious.

The Other as a concept refers to the heterogeneity of this place, as that from which a speaker's own speech comes back to him or her; when that happens, the speaker discovers that he is a subject. But it is also the place to which the speaker talks back, since it conceals the object that concerns him or her most intimately. Our two interlocutors, assumed to exist in the same space, are thus revealed as radically heterogeneous. No longer does any supposed detail differentiate them. Rather the place that they occupy, the one coming to the locus of the Other to represent the lost object (object a, according to Lacan) ignites desire.

Coming thus from the Other, the address made to the subject comes to him by the intermediary of the little other that supports desire. But just because it is reduced to being represented by either the gap or the eclipse (Lacan writes that the all of Euclidian space is supported by the gap that it veils), the Other place is not for all that a dark continent. It comes to the infant by his mother's speech. Later the infant will have to abstract from that speech the laws of language. This necessary ordering—shown by Ferdinand de Saussure to be organized by signifiers that each refer to another signifier rather than to some object—introduces the child to the dimension of loss.

This loss becomes evident when the speaker receives from this place a message that expresses a desire. When a slip of the tongue makes it too explicit, he feels shame. Neurosis is the I's refusal to adapt to, or endorse, this desire coming from the Other, which the subject might experience as pathological or foreign (in obsession) or intrusive (in hysteria).

This Other place, as an unimpeachable third party, is the only thing that makes it possible for two speakers to avoid a fatal, mirror-image confrontation, in which it is the word of one against the other. Not only the place of lack, the Other is also the place of truth insofar as it allows our ideas, however vain, the dignity of representing the truth.

We live in a time when the remarkable progress of science tends to foreclose any such otherness, its defining importance for human experience notwithstanding. The unmediated duality that science promotes is discernible even in the success of economic liberalism, even in the elevation of the idea of direct democracy. The very face of power is obliged to display itself as a mirror image, familiar and without mystery; while powerful popular tendencies push for the homogenization of human groups. It will be the better for us if analysis can prevent us from underestimating the risks.

Melman, Charles "other, The ." International Dictionary of Psychoanalysis . . Retrieved January 21, 2020 from Encyclopedia.com: https://www.encyclopedia.com/psychology/dictionaries-thesauruses-pictures-and-press-releases/other