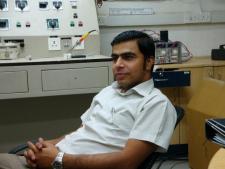 Gaddi (gäd´dē), celebrated family of Florentine artists. Gaddo Gaddi, c.1260–c.1333, painter and mosaicist, is said by Vasari to have been associated with Cimabue and Giotto. Among the mosaics attributed to him are those in the portico of Santa Maria Maggiore, Rome, and Coronation of the Virgin, over the portal in the Florence cathedral. His son, Taddeo Gaddi, c.1300–c.1366, was a favorite pupil and godson of Giotto, whom he assisted for 24 years. He became the leader of Florentine painting after his master's death. His works include the ceiling painting and a series of frescoes representing scenes from the life of the Virgin in the Baroncelli Chapel in Santa Croce, Florence; the fine Last Supper in the refectory of the same church; remains of frescoes in San Francesco, Pisa; altarpieces (Naples; Berlin; and the Uffizi); and Madonna with Saints (Santa Felicita, Florence). Taddeo's son, Agnolo Gaddi, c.1350–1396, a pupil of his father and of Giovanni di Milano, was also a follower of Giotto. His works are somewhat rigid in design and lack imagination. Among them are frescoes of the Story of the True Cross (Santa Croce, Florence); Life of the Virgin (cathedral, Prato); and four paintings in the National Gallery of Art, Washington, D.C.

Gaddi (in the Bible)

Gaddi (găd´ī), in the Bible, Manassite sent by Moses into Canaan.