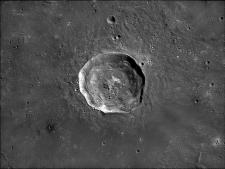 Manilius’ life is a mystery to us. Even his name is variously presented in the somewhat restricted manuscript tradition of his one surviving work as Manlius or Mallius, to which is often added Boenius or Boevius; this probably reflects some confusion with the philosopher Anicius Manilius Boethius. The fact is that Manilius is known to us only through an incomplete Latin poem on astrology, the Astronomicôn libri V.1 The composition of this poem began while Augustus was still reigning, and book I was written later than a.d. 9; but it has been much debated whether the work as we have it was completed before Augustus’ death in a.d. 142 or only under his successor, Tiberius.3 In either case, Manilius intended to write more than the five books preserved in our manuscripts. Not only does he promise to expound the nature of the planets in book II and fail to accomplish this before the end of book V, but the poem as it stands is not adequate for its purpose—the instruction of students in the science of astrology. In fact, its astrological content, while important because of its antiquity (Manilius’ is our oldest connected treatise on astrology), is quite rudimentary.

Roughly, the scheme of the Astronomica is as follows. Book I treats the sphere, zodiacal and other constellations, great circles, and comets; book II, the zodiacal signs, their classifications, interrelations, and subdivisions, and the dodecatopus; book III, the twelve astrological places (here called athla), the Lot of Fortune, the rising times of the signs at Alexandria,4 the lord of the year, and the length of life; book IV, the decans, the monomoria, and an astrological geography; and book V, the fixed stars that rise simultaneously with points on the ecliptic. The possessor of only this poem could not hope to cast or to read a horoscope; he would have several thousand Latin hexameters, some of which are very fine, and a curious congeries of strange doctrines, many of which are found in no other extant text in either Greek or Latin.

The sources of Manilius’ doctrines are not often evident. Housman has cited those that are in his edition, and also a large number of parallel passages. An attempt at a survey of the sources in book I was made by R. Blum.5 The evidence which points to his use of Hermetic astrological writings is strong,6 and the relation of book V to Germanicus’ version of Aratus’ Phaenomena has been studied by H. Wempe.7 But the fragmentary state of our knowledge of the early stages of the development of astrology in Hellenistic Egypt makes it impossible to pursue the search for Manilius’ sources much further. It is even more difficult (though not because of a lack of texts) to discern any influence exercised by Manilius over later astrologers. If he was read at all in antiquity, it was not by the profession.

4. See O. Neugebauer, “On Some Astronomical Papyri and Related Problems of Ancient Geography,” in Transactions of the American Philosophical Society, n. s. 32 (1942), 251–263.

Sibylline Oracles , Sibylline Oracles SIBYLLINE ORACLES . In Greek tradition (accepted by the Romans not later than the fourth century bce and by the Jews not later than… Menelaus Of Alexandria , Menelaus of Alexandria (fl. Alexandria and Rome, a.d. 100) geometry, trigonometry, astronomy. Ptolemy records that Menelaus made two astronomical obs… Hypsicles Of Alexandria , Hypsicles of Alexandria (fl. Alexandria, first half of second century B.C.) mathematics, astronomy Hypsicles is attested, by the more definitive manu… Euclid , Euclid (fl. Alexandria [and Athens?], ca. 295 b.c.) mathematics. The following article is in two parts: Life and Works; Transmission of the Elements.… Lazzaro Spallanzani , Spallanzani, Lazzaro SPALLANZANI, LAZZARO natural history, experimental biology, physiology. Among the many dedicated natural philosophers of the eig… Dies Irae , Sequence that was assigned in the Tridentine Missal to All Souls' Day and Mass for the Dead. Its composition is commonly ascribed to thomas of celano…