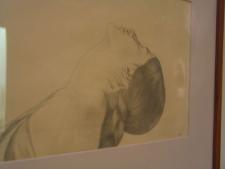 COOMARASWAMY, ANANDA (1877–1947), Sinhala art historian and religious thinker who spent the last three decades of his life in the United States.

Coomaraswamy's work falls into three periods, distinguished less by topic than by purpose and sensibility. From 1903 to 1916, as a young scholar and idealistic author, Coomaraswamy was a well-known proponent of traditional Indian and Sinhala culture and a stirring essayist on behalf of cultural and political independence in both countries, then under British rule. He was also an extraordinarily perspicacious art historian who discovered and restored in historical perspective one of the great schools of Indian painting. In his middle years, from 1917 to 1931, when he was curator of Indian and Muslim art at the Museum of Fine Arts in Boston, he applied his erudition to the production of a series of scholarly books and articles on Asian art; many of these works are still consulted for both fact and interpretation. Unlike the publications of his youth, which show more than a trace of late romantic idealism and a concern for literary finesse, the works of his middle period are scientific in the best sense: directed toward factual knowledge and coolly analytical in approach. In 1932 Coomaraswamy began to combine his early, value-oriented scholarship with the factuality of his middle period; this synthesis led to the masterful works of his old age. In book after book, essay after essay—he was once described as "New England's most prolific author"—Coomaraswamy undertook a scholarly and yet visionary exploration of traditional religious art and culture, primarily of India and medieval Europe. These works, his final contribution, have an eloquence, a force of conviction, and a stunning erudition that make them still, and perhaps classically, a literature to which both scholars and seekers may turn for guidance and inspiration.

Born in Ceylon (present-day Sri Lanka) to a distinguished Hindu legislator and his English wife, Ananda Kentish Coomaraswamy was educated in England. He earned the degree of doctor of science in geology from London University and in 1902 returned to Ceylon as a geologist. There he combined professional work with a growing interest in the indigenous, precolonial culture of the island, which had been weakened by nearly a century of British rule. Deeply influenced by William Morris (1834–1896), the British craftsman, author, and humanitarian socialist, Coomaraswamy toured the island, making observations and taking photographs that became the substance of his first major nongeological publication, Mediaeval Sinhalese Art (1908). The book was a pioneering effort to inventory and interpret a traditional and inherently religious art.

Coomaraswamy's geological career gave way to his authentic vocation. Shifting his interest and residence to the larger world of India, where he became an intimate of the family of the poet Rabindranath Tagore (1861–1941) and an active polemicist on behalf of swadeshi ("home rule"), Coomaraswamy also engaged in studies of art history that gradually drew near a major discovery. His Indian Drawings (1910) and its companion Indian Drawings, Second Series, Chiefly Rajput (1912) are primarily portfolios of illustrations and are of limited textual interest, but they mark the beginning of a reversal in British (and Western) opinion of Indian art that was largely due to the efforts of Coomaraswamy and his colleagues, such as the British critic Roger Fry, in the newly founded India Society.

Coomaraswamy's next major publication in the field of art history, Rajput Painting (1916; reprint, 1975), formally disclosed to the world the Hindu painting of Rajasthan and the Punjab, now universally admired and widely studied but essentially unknown until Coomaraswamy's research. Confused with contemporaneous Muslim painting, the masterworks of this art lay unrecognized in obscure collections throughout India and had hardly been valued until Coomaraswamy traveled far and wide, built a splendid collection, and for the first time interpreted them in historical and aesthetic terms.

During these predominantly Indian years, broken by sojourns in England, where he maintained a home, Coomaraswamy also published Myths of the Hindus and Buddhists (1913) and Buddha and the Gospel of Buddhism (1916). The latter is an early and graceful summary of Buddhism for general readers, published in an era that had seen few if any studies of its quality. Essays from this period were collected a few years later for his first American publication, The Dance of Shiva (1918; reprint, 1957). Coomaraswamy had recently moved to the United States, and this widely read book established his popular reputation there as an authority on Indian culture.

Accepting a curatorial post at the Boston Museum, which acquired his unique collection of Indian painting, Coomaraswamy now entered his period of rigorous scholarly effort. His work in the 1920s is epitomized by two publications, the multivolume Catalogue of the Indian Collections in the Museum of Fine Arts, Boston (1923ff) and his History of Indian and Indonesian Art (1927; reprint, 1972). Both works of exact scholarship in art history were written as a much-needed service to the field he had helped to found.

As noted above, Coomaraswamy's work—and undoubtedly his person—underwent a major transformation in about 1932. While he continued to write art history at nearly his customary pace, he also began to publish studies of the religions, myths, aesthetics, and traditional cultures of India and medieval Europe—indeed, of tradition wherever he encountered it. The art historian ceded some ground to the religious thinker and philosopher; the scientist ceded to the man of conviction, who contrasted the secular, industrialized way of life in the modern world with the traditional order of life in which knowledge is primarily religious and art is visible religion. Although the books and essays of this period were born of a powerful conviction that modern man must remember and allow himself to be moved by the depth and light of tradition, Coomaraswamy's writings were not predominantly polemic in character; for the most part they are encyclopedic works that explore the metaphysics and theology, the iconography and symbols, and the artistic and social forms of the East and West, often on a comparative basis. Coomaraswamy was one of the first erudite practitioners of cross-cultural study and interpretation to be biased—if he was at all—toward the East. His later works initiate the reader unforgettably into both the general structure and the countless details that constitute traditional religious culture in the premodern world. Occasional polemic essays drive home, with wit and passion, the importance that this lesson in ancient things holds for modern man. No brief summary can do justice to his works in this period. It must suffice to say that they blend remarkable scholarship with the dispassionate quality of religious passion known in Indian tradition as jñana. As he once asked in an essay, "Can we imagine a perfected ardor apart from understanding, or a perfected understanding without ardor?"

The major works from Coomaraswamy's late period include The Transformation of Nature in Art (1934; New York, 1956), Elements of Buddhist Iconography (1935; New Delhi, 1972), Why Exhibit Works of Art? (1943; reprinted as Christian and Oriental Philosophy of Art, New York, 1956), Hinduism and Buddhism (1943; Westport, Conn., 1971), Figures of Speech or Figures of Thought (London, 1946), Am I My Brother's Keeper? (New York, 1947), and Time and Eternity (Ascona, 1947). A three-volume collection entitled Coomaraswamy (vol. 1, Selected Papers: Traditional Art and Symbolism ; vol. 2, Selected Papers: Metaphysics ; vol. 3, His Life and Work ), respectively edited and written by me (Princeton, 1977), gathers additional writings from the late period and explores Coomaraswamy's life and mind, with emphasis on the later years.

oxford
views updated
Coomaraswamy, Ananda (1877–1947). A philosopher of aesthetics, who worked from the basis of the history of art to develop a form of the ‘perennial philosophy’ (philosophia perennis). Treating art as an ‘affective expression of metaphysical theses’, he emphasized the inspirational. It is a form of knowledge with the power to effect transformation of being.