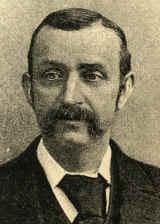 oxford
views updated
Wurster, William Wilson (1895–1973). American architect with a strong belief that architecture should respond to local conditions. As principal of Wurster, Bernardi, & Emmons, he was responsible for a great number of ‘Regional’ buildings in California, many having timber frames with pitched roofs, shingle or clapboard-covered walls, and rough carpenter's detailing, collectively called the ‘Bay Region School’. Good examples of his work were the Gregory Farmhouse, Scotts Valley near Santa Cruz (1927), the Butler House, Pasatiempo (1934–6), and the Reynolds House, San Francisco (1946), all in CA. He also designed Stern Hall, University of California, Berkeley (1942), the Medical Plaza, Stanford University, Palo Alto (1959), the Woodlake Residential Community, San Mateo (1965), and the award-winning Ghirardelli Square, San Francisco (1962–7), all in CA. With Belluschi and Skidmore, Owings, & Merrill the firm designed the Bank of America World Headquarters, San Francisco, CA (1970–1).