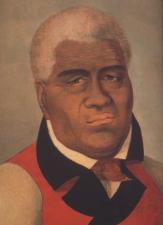 Burr , BURR BURR BURR. An informal term for a pronunciation of r that is perceived as ‘rough’, like a burr (a flower head that sticks to one's clothes), esp… Duarte , Duarte (dwär´tə), 1391–1438, king of Portugal (1433–38), eldest of the five sons of John I. He was a "philosopher-king," notable for his legal reform… Geza Roheim , Róheim, Géza RÓHEIM, GÉZA . Géza Róheim (1891–1953) was born in Budapest and died in New York City. He immigrated to the United States from Hungary i… Radha , Rādhā RĀDHĀ . The cowherd woman (gopī) whose passionate love for the god Kṛṣṇa has been celebrated in song and story throughout the Indian subcontine… Achaemenids , Achaemenid Achaemenid Ruling dynasty of the first Persian Empire, which stretched from the River Nile as far e as modern Afghanistan. The dynasty was… Frederick William Iii , Frederick William III FREDERICK WILLIAM III FREDERICK WILLIAM III (1770–1840; r. 1797–1840), king of Prussia. Frederick William III presided over his…