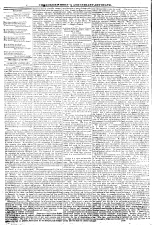 The American statesman and political essayist Fisher Ames (1758-1808) was a superb congressional orator, noted for his active support of Alexander Hamilton's policies and for his leadership in the Federalist party.

Fisher Ames was born in Dedham, Mass., on April 9, 1758, the youngest child of Nathaniel and Deborah Fisher Ames, and brother of Nathaniel Ames. The father, a versatile physician, tavern owner, and compiler of a famous almanac, died when Fisher was 6 years old. Ames entered Harvard at 12, studied the classics, was trained in elocution, and in 1774 graduated as an outstanding scholar. During the Revolution he served briefly in the militia, but primarily studied law. As a rising Boston lawyer in the 1780s, he won acclaim with essays condemning Shays' Rebellion and advocating the centralization of governmental power. At the state convention of 1788, Ames's persuasive oratory was influential in obtaining ratification of the Federal Constitution. After one term in the state legislature, he defeated the popular Samuel Adams and became Boston's representative in the first Federal Congress; he was reelected for three terms.

Brilliant, intensely emotional, and urbane, he quickly achieved recognition in the House of Representatives, where his initial objective was to strengthen the new Federal government against encroachment by the states. Gravitating to the emerging Federalist party, Ames vehemently defended Hamilton's financial system against the attacks of James Madison. An advocate of elitist government, he predicted calamity if French Revolutionary ideas spread in America. His opposition both to Madison's resolutions for anti-British commercial policies in 1794 and to the spreading pro-French Democratic societies was a New Englander's response to deteriorating relations with Great Britain. He sought to arouse Federalists against the "French mania," convinced that unless the "Jacobinism" of the Jeffersonian Republicans was uprooted the nation's liberty would be lost.

Ames's greatest political triumph was his memorable speech on April 28, 1796, in defense of Jay's Treaty with Great Britain. Though weakened by a recent illness, he dramatically persuaded the House to join the Senate in support of the treaty. At 38, discouraged by recurring ill health and by congressional friction, Ames reluctantly retired from Congress.

In 1797 he returned permanently to his Dedham estate, where he enjoyed a congenial family life with his wife, the former Frances Worthington, and their children. He resumed his law practice, experimented with scientific farming, and wrote vivid, opinionated political essays in his role as a spokesman of the Federalist party. Though Ames avoided public life, he served a term on the Governor's Council and in 1800 gave a moving eulogy on Washington. In 1806 he declined the presidency of Harvard. Persistently disagreeing with Nathaniel, his Republican neighbor and brother, Fisher Ames despaired at the triumph of Jefferson. The orator's death on July 4, 1808, gave Federalists an opportunity to rally party members for an impressive funeral, while Nathaniel Ames condemned their "mummery."

James Monroe , James Monroe Harry Ammon INAUGURATION day, 4 March 1817, was one of those rare late winter days in Washington with more than a hint of spring—sunny a… George Washington , George Washington Jacob E. Cooke ON 4 February 1789 the electoral college, entrusted by the newly adopted United States Constitution with the electio… Republican Party , The Republican Party, sometimes referred to as the Grand Old Party or GOP, formed in the 1850s in response to the divisions and indecisiveness of the… Albert Jeremiah Beveridge , When he entered the U.S. Senate in 1899 at age 36, Albert Jeremiah Beveridge (1862-1927) was hailed as one of America's most influential young leader… Elbridge Gerry , Elbridge Gerry Elbridge Gerry Elbridge Gerry (1744-1814), American patriot and statesman, signed the Declaration of Independence and was vice preside… Benjamin Harrison (us President) , Harrison, Benjamin Benjamin Harrison THE presidency of Benjamin Harrison attests that the office requires a breadth of personal qualities and politic…