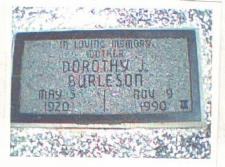 oxford
views updated
HORNBY, A(lbert) S(idney) [1898–1978]. English grammarian and EFL teacher, born in Chester, and educated at U. College London. From 1923, he taught English in Tokyo, where he worked with Harold E. Palmer at the Institute for Research in English Teaching. In 1937, with E. V. Gatenby and H. Wakefield, he began work on an innovative DICTIONARY for foreign learners that would provide lexical, syntactic, and idiomatic information. It was completed in 1940 and published in 1942 in Tokyo by Kaitakusha, as The Idiomatic and Syntactic English Dictionary. When Hornby left Japan in 1939 he joined the BRITISH COUNCIL and after the war became editor of English Language Teaching. In 1948, the dictionary was reissued by Oxford University Press as A Learner's Dictionary of Current English. In 1963, its revision was retitled The Advanced Learner's Dictionary of Current English, the greatest commercial success in ELT publishing. See LEARNER'S DICTIONARY.