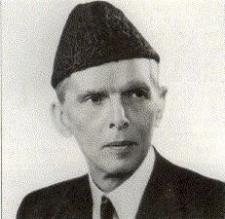 oxford
views updated
Jinnah, Muhammad Ali (1876–1948) Founder of Pakistan. A British-trained lawyer, he joined the Indian National Congress in 1906, but left it in 1920 when they rejected his demand for a separate Muslim electorate. Jinnah led the Muslim League in campaigning for political equality for Indian Muslims, while continuing to seek agreement with Hindus. By 1940, he had adopted the aim of a separate Muslim state. This was realized when India was partitioned in 1947.