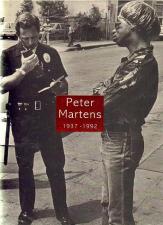 (1848–1917), government official who reached the rank of president of the State Council, or premier, of the Russian Empire.

Boris Stürmer studied law at St. Petersburg University and then entered the Ministry of Justice. He was appointed governor of Novgorod Province in 1894 and of Yaroslav Province in 1896. In 1902 he became director of the Department of General Affairs of the Ministry of the Interior and in 1904 was appointed to the Council of State. From January to November 1916 he was president of the Council of State, serving simultaneously as minister of the interior (March–July) and minister of foreign affairs (July–November). Nicholas II dismissed Stürmer after Paul Milyukov's famous "Is this stupidity or is it treason?" speech in the Duma, in which Milyukov accused Stürmer of being a German agent. In fact, he was not. Arrested after the February Revolution of 1917 and placed in the Peter and Paul Fortress, Stürmer died there in August 1917.

Stürmer owed his rise to his arch-conservatism and friends in high places, including the Empress Alexandra Fyodorovna and Grigory Rasputin, who reputedly referred to Stürmer as "a little man on a leash" and to whom Stürmer reported weekly and received instructions. Stürmer has received universal scorn. Contemporaries called him a "nonentity" (Vasily Shulgin), "totally ignorant of everything he undertook" (Milyukov), "a man of extremely limited mental gifts" (Nikolai Pokrovsky, his successor as minister of foreign affairs), "a man who had left a bad memory wherever he occupied an administrative post" (Sergei Sazonov), and "an utter nonentity" (Mikhail Rodzianko). Historians have seen Stürmer as "an instrument of the personal rule of the Empress [and Rasputin]" (Mikhail Florinsky), "a reactionary [who] brought discredit on the extreme Right" (Marc Ferro), and "an obscure and dismal product of the professional Russian bureaucracy" (Robert Massie).