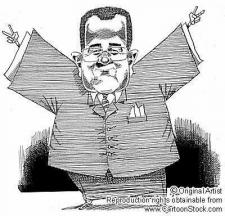 oxford
views updated
Prodi, Romano (1939– ) Italian statesman, prime minister of Italy (1996–98), president of the European Commission (1999– ). He led the Olive Tree Alliance to a narrow victory in the 1996 elections in Italy. Prodi preserved a fragile coalition for 18 months, and his austerity measures enabled Italy to join the euro in 1999. He replaced Jacques Santer as head of the European Commission after the entire body had resigned. He sought to restore public confidence in the Commission, and to prepare the European Union (EU) for enlargement.