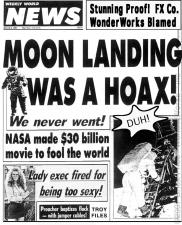 The American Protestant social ethicist John Coleman Bennett (1902-1995) was a leading Christian thinker of the century who applied ethical principles to urgent issues of modern society.

John Coleman Bennett was born on July 22, 1902, in Kingston, Ontario, to American parents. He was educated at Williams College, Massachusetts, Oxford University, and Union Theological Seminary in New York City.

Bennett spent his entire career as a seminary teacher, beginning at Union Seminary in 1927. From 1930 to 1938 he taught at Auburn Theological Seminary in New York. In 1931 he married Anna Louesa McGrew; they had two sons and a daughter. Bennett's first book, Social Salvation (1935), was followed by Christianity—And Our World (1936). The former set forth his lifelong conviction that the problems of society must be an integral part of Christian thinking; the latter championed the existence of a universal or "common" morality upon which specifically Christian ethics builds and to which it can appeal.

Between 1938 and 1943 Bennett taught at the Pacific School of Religion, Berkeley, California. In 1939 he was ordained a Congregational minister. He published Christian Realism in 1941. Its title epitomizes Bennett's approach to social ethics: his conviction that the biblical-Christian perspective on the role of the individual in society is profoundly realistic, avoiding utopian optimism by its grasp of human sinfulness and avoiding fatalistic pessimism by its confidence in human dignity and possibilities under God.

In 1943 Bennett returned to teach at Union Theological Seminary. The first holder of the Reinhold Niebuhr professorship of social ethics (1960-1970), he became dean of the faculty in 1955 and was president of the seminary from 1964 until his retirement in 1970. He received several honorary doctorates from colleges and seminaries. Bennett wrote most of his books during this long tenure. Among them are Christian Ethics and Social Policy (1946), Christianity and Communism Today (1948; rev. 1960), The Christian as Citizen (1955), Christians and the State (1958), Nuclear Weapons and the Conflict of Conscience (editor; 1962), When Christians Make Political Decisions (1964), Christian Social Ethics in a Changing World (editor; 1966), and Foreign Policy in Christian Perspective (1966).

Bennett was prominent in the ecumenical movement. He was an official leader in deliberations on the church and the social order at the Amsterdam (1948), Evanston (1954), and New Delhi (1961) assemblies of the World Council of Churches, and he served the National Council of Churches of Christ in the Unites States in various positions. While at Union, Bennett fostered alliances with theological seminaries of various faiths, including the Jewish Theological Seminary and the Woodstock Theological Seminary, a Roman Catholic institution.

With his distinguished friend and colleague Reinhold Niebuhr, Bennett founded the influential journal Christianity and Crisis in 1941 and continued as its editor for many years. He became politically engaged as vice-chairman of the Liberal party in New York State (1955-1965) and, in 1960, as a leading Protestant defender of John F. Kennedy's candidacy against those who feared a Roman Catholic president. His involvement in political and social issues extended to participation in the civil rights movement, protests against the war in Vietnam, opposition to the use of nuclear weapons, and, late in his life, advocacy of gay and lesbian rights within the church. Bennett's final book The Radical Imperative was published in 1975, although he continued to contribute articles to Christianity and Crisis until 1993. Bennett died April 27, 1995.

Bennett's career is assessed in David H. Smith, The Achievement of John C. Bennett (1970), and Robert Lee, The Promise of Bennett: Christian Realism and Social Responsibility (1969). An obituary tribute by Leon Howell appeared in The Christian Century (May 24, 1995). □

Christian Coalition , The Christian Coalition is a nonprofit organization that serves as a powerful lobby for politically conservative causes. Under federal tax law, the o… Communion , Communion Communion, also known as Holy Communion, the Eucharist, Mass, or the Lord's Supper, is the liturgical act celebrated by Christians commemor… Celsus , Celsus Greek philosopher, author of the True Discourse ('Αληθής Λóγος), the most important pagan intellectual opponent of Christianity before Porphyr… Christian Socialism , Socialism, Christian In 1848 Karl Marx dismissed Christian Socialism as “the holy water with which the priest consecrates the heartburnings of the ar… Christian Iv , Christian IV (1577-1648) was Denmark's most renowned king. He led his country through a period of political and cultural ascendancy, but also mired i… Ferdinand Christian Baur , BAUR, FERDINAND CHRISTIAN German Protestant ecclesiastical historian and founder of the new tÜbingen school; b. Schmiden, near Stuttgart, June 21, 17…