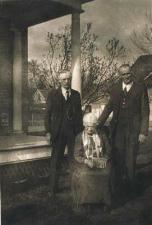 oxford
views updated
Hall, Edward (c.1497–1547). Hall published posthumously in 1548 his Union of the Two Noble and Illustre Famelies of Lancastre and Yorke, tracing royal history from Henry IV to Henry VIII. He was a keen spokesman for the Tudors, whom he saw as restorers of order after decades of anarchy, greatly admired Henry VIII, disliked Wolsey and the clergy, and supported the Reformation. His book was consequently burned in Mary's reign for its anticlerical tone. Hall was born in London, educated at Eton and King's College, Cambridge, became a Gray's Inn lawyer, and served as a member of Parliament. He was made common serjeant of London in 1533 and under-sheriff from 1535. His early history owed much to Polydore Vergil but, as he approached his own times, he added eye-witness accounts, particularly of the London scene. Shakespeare's use of his works in his historical plays helped to popularize Hall's view of the past.