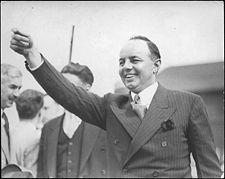 Careers in the Military

oxford
views updated
Careers in the Military. Since the early 1780s, careers in the American military have been varied and demanding. Over the last 200 years, the requirements of the military to be variously a constabulary, combatant, occupational force, diplomatic corps, and deterrent have ensured that both the officer and the enlisted person master several skills to carry out their different missions. Particularly in the twentieth century, the rate of technological change has frequently resulted in highly specialized training early in a military person's career and more generalist education later.

During the nineteenth century, army, navy, and Marine officers entered a career either through a direct commission or from one of the service academies (West Point or Annapolis). At the service academy, cadets were taught the rudiments of mathematics, history, and engineering, and were thoroughly immersed in military culture. Following this experience, officers were often delayed from entering active duty until older officers retired, resigned, or were cashiered. Once on active duty, junior officers were sent for further training to a regiment (the army) or to a ship (the navy or Marines). Because of a stiflingly slow promotion rate, these apprenticeships could last well over a decade. None of the military jobs was particularly challenging once mastered. Thus, it was not unusual for men to become thoroughly proficient as an infantry, cavalry, or deck officer in a short time and then languish in some isolated frontier post or ship of the line. One bright spot was that an officer could take extended leave of absence to visit family, pursue advanced civilian education, or even talk personally to the secretary of war or navy about future assignments. Ultimately, however, an officer's career was one of classical and technical education, followed by apprenticeship or a frontier, seagoing, or staff assignment, while waiting for senior officers to retire in order to be promoted.

By 1885, a series of educational reforms added additional requirements during an officer's career. The creation of branch schools for the infantry and artillery, along with the formation of professional lyceums at army posts and the establishment of a Naval War College, set a precedent for advanced professional education. Citing technological advances in weapon systems, the professional militaries of European powers, and a growing desire on behalf of many Americans to establish the United States as a world power, many officers argued that they were members of a modern profession whose responsibility it was to protect the country's interests. It followed that if the military was a profession that called for an inordinate amount of expertise in warmaking, then it was incumbent upon the military officer to study war throughout his or her life. By the turn of the century, the expectation that officers required professional education throughout their careers shaped what a military career would mean in the modern world. After World War II, all branches of service had established professional schools to teach leadership, military strategy and tactics, and personnel management.

The increasing pace of technological advancement continued to shape military careers in the late nineteenth and twentieth centuries. The emergence of steam‐driven, steel‐plated warships created the need for specialized engineering officers in the navy. The early twentieth‐century army developed motorized transportation and developed new weapons such as tanks and aircraft. These innovations created new career paths for officers. The airplane would eventually form the basis of a completely new military service (the air force), while advances in landing craft provided a new amphibious mission for the Marines.

By the 1950s, an officer who planned to serve a twenty‐ to thirty‐year career initially received a service college education or a Reserve Officer Training Corps (ROTC) commission through a civilian university. After commissioning, he or she attended a military specialty school to receive training for a combat, combat support, engineering, aviation, or surface warfare career. Thereafter, the young lieutenant or ensign was sent to a regiment or sea assignment to gain practical and leadership experience. At the fourth to sixth year in service, the newly promoted captain might be selected to attend an advanced course at the Amphibious Warfare School at Quantico, Virginia, or a more generalized professional military course such as the air force's Squadron Officer School at Montgomery, Alabama. Such training prepared officers for further specialization or tours as instructors or staff officers at higher echelons. After a series of operational and staff assignments, officers distanced themselves from technical specialties as they moved toward positions of command. This movement toward becoming a “generalist” meant additional school assignments at postgraduate service schools and war colleges, as well as broadening assignments overseas or to joint commands and schools within the United States. Thus, military education throughout periods of an officer's career, combined with the need for technical specialization, formalized the career path for the rest of this century.

Evolving since 1861, officer non‐disability retirement legislation for all services was combined for the first time in the Officer Personnel Act of 1947. This act specified the length of an officers's career (between twenty and thirty years based on time‐in‐service and time‐in‐grade requirements) as well as when the individual must leave the service due to inadequate performance. Officers serving for twenty years or more would receive a minimum of 50 percent and a maximum of 75 percent (thirty years' service) of their base pay for life upon retirement.

Military careers for enlisted personnel are a product of the mid‐twentieth century. In earlier times, the enlisted person's life was a physically arduous, dirty, and thankless job. People who were willing to put up with the hardships of military life were accepted for duty; there was little training and few opportunities for improvement below decks or at isolated forts. For much of the nineteenth and early twentieth century, the enlisted men of the regular forces had a significant number of illiterates, alcoholics, and foreign‐born immigrants in their ranks. Duties during peacetime were routine and required little talent. The classic portrait of an enlisted person during this time was that of an outcast who needed to be kept on the margins of society. Many refused to remain in the service for more than a few years, others were promoted to noncommissioned officer (NCO) ranks and served as specialist‐craftsmen in a variety of jobs from saddler to sailmaker to boatswain's mate. Without such skills, some stayed in the ranks as “career” privates.

The rapid pace of technological innovation during the twentieth century caused significant changes in all this. By the end of World War I, the military identified many enlisted personnel as occupational specialists who operated or repaired the newer weapons systems—airplanes, tanks, submarines—or the new communications devices. By the end of World War II, the need for technicians and maintenance personnel exceeded the need for enlisted combatants. In 1942, there were only two army enlisted specializations in the radar and fire control field; by 1958, there were twenty‐seven, plus seventy‐two specializations in guided missiles and nine in atomic weapons.

The need to separate traditional military specialties from technicians began before World War I and would climax in the 1950s. Even as early as 1918, the army established specialist grades to separate technicians from NCO grades and combat career fields. However, during World War II, the army integrated technical specialists into the NCO grades. After the war, the army again separated the technical specialists from the NCO grades and combat specialties. The more technically oriented navy and air force did not distinguish between technical specialist and traditional military specialties. An enlisted person was expected to be a specialist and a noncommissioned officer. Eventually, all the services opted to pattern an enlisted career much like that for officers: enlisted personnel obtained specialty training, became proficient in it, were promoted on the basis of technical skill and military bearing, and gradually moved toward supervisory positions during the course of a career.

Congress passed enlisted retirement legislation for the first time in 1885. The act authorized voluntary retirement at thirty years and a retirement pay of 75 percent of the active duty pay. By 1948, all the military branches adopted the twenty year voluntary retirement as legislated in the Army and Air Force Vitalization and Retirement Equalization Act (1948). Like their officer counterparts, enlisted personnel could now retire at twenty years with 50 percent active duty pay for life to reach a maximum of 75 percent for thirty years' service. Changes in the percentage of retirement pay an officer or enlisted person receives has undergone several revisions since its establishment and is a continual source of congressional scrutiny.

In the early 1950s, the services established separate professional military education schools for NCOs. These schools offered subjects formerly reserved for officers such as leadership, world affairs, and management. Like commissioned officers, NCOs were now expected to attend professional schools throughout their careers. Promotions eventually became dependent on the amount of technical training and professional education an enlisted person received and demonstrated.

Fortunately, a career in the military can mean a variety of work experiences and responsible positions. Upon retirement after twenty or thirty years, some find that their training proves useful and rewarding in civilian life; others, especially those in combat roles, may find it difficult to move to a second career. Typically, officers have skills that translate into the realms of consulting, business, engineering, and politics. Enlisted personnel often pursue a college degree, teach in public or vocational schools, work in skilled trades, or manage small businesses. Officer and enlisted personnel who do not remain on active duty for a full career may choose to go into a civilian occupation and remain in the reserves. Given America's dependence on a well‐trained reserve for wartime augmentation of the regular force, reservists can continue in a part‐time military career that closely resembles their active duty counterpart. Retirement from the reserves is similar to active duty—twenty to thirty years' service. Unlike the active duty retiree, who will receive remuneration for the rest of his or her life from the date of retirement, the reservist will not receive such compensation until at least age sixty‐two.