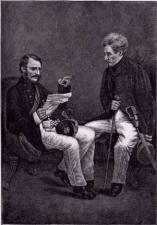 oxford
views updated
Temple, Sir William (1628–99). Diplomat and author. Educated at Cambridge and eventually successful in his patient courtship of Dorothy Osborne, Temple moved from Ireland to England in 1663 and became Arlington's protégé. Accredited envoy at Brussels (1665), with a baronetcy the following year, he negotiated the Triple Alliance as ambassador at The Hague (1668), but judiciously retired to England and his orangery at Sheen as relations deteriorated; pro-Dutch, he was recalled to negotiate the 1674 treaty which ended the Dutch War, and then, with Danby, successfully arranged the alliance between Charles's niece Mary and William of Orange (1677). Although undertaking reorganization of the Privy Council, disillusion increased, and he retired from politics (1681) to pursue gardening, fruit-growing, and writing at Moor Park, where his secretary 1689–99 was Jonathan Swift. Temple's literary reputation rests on his essays, despite Swift's satire of his style in The Battle of the Books.

Ayodhya , Ayodhya AYODHYA Called the city of temples, Ayodhya is considered in Hindu tradition to be one of the seven most important cities of Hindu India. In… Tithes , Tithe General The rendering of tithes of property for sacral purposes was common all over the ancient Near East, though well-documented and first-han… Amritsar , AMRITSAR A city in the state of Punjab with a population of 780,000 (in 2001), Amritsar was founded in 1577 by Ram Das, the fourth guru of the Sikhs.… Angkor , Angkor Angkor (ăng´kôr), site of several capitals of the Khmer Empire, north of Tônlé Sap, NW Cambodia, for about five and a half centuries (9th to 1… Zerubbabel , ZERUBBABEL (Heb. זְרֻבָּבֶל; Akk. Zēr Bābili, "scion of Babylon"). Usually recorded as the son of Shealtiel (Ezra 3:2, 8; 5:2; Neh. 12:1; Haggai 1:1,… Pseudo- , pseudo-. False, counterfeit, pretended, or deceptively resembling something. Pseudodìpteral refers to a Classical building with the appearance of bei…