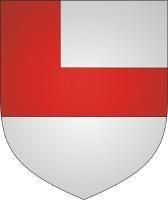 oxford
views updated
Beauchamp, Richard, 13th earl of Warwick (1382–1439). Warwick's early years were spent fighting Welsh rebels with Prince Henry (later Henry V) and winning an international reputation as a paragon of chivalry. His pilgrimage to Jerusalem in 1408–10 was punctuated with ‘feats of arms’ in France, Italy, and Prussia. He served Henry in major embassies and the conquest of Normandy. Although a regular member of Henry VI's council, and in charge of the young king's education from 1428 to 1436, he still periodically campaigned in France. He was appointed lieutenant-general there in 1437 and died in Rouen. With his great landed wealth, well-served administration, and enjoyment of royal favour, Warwick dominated the west midlands. He is commemorated by a gilded bronze effigy in his chapel in St Mary's, Warwick, and an illustrated panegyric by the Warwickshire antiquary John Rous (d. 1491).