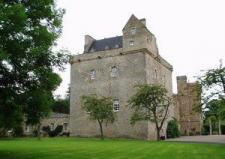 oxford
views updated
Argyll, John Campbell, 2nd duke of (1678–1743). Soldier and politician. While still in his twenties, Argyll, as head of the powerful Campbell faction, emerged pre-eminent among the Scottish magnates, and as lord high commissioner (1705) played a key role in opening negotiations for the Anglo-Scottish union. He afterwards commanded with distinction in the War of the Spanish Succession, though he conceived a lasting hatred of the duke of Marlborough, much to Tory delight. But his association with Harley's Tory administration turned sour during an embittered spell as commander-in-chief in Spain (1711–12). In 1712 he became commander of the army in Scotland, and in 1715 suppressed the Jacobite uprising, though with reluctance. He lost office during the Whig divisions of 1716–19 but was reinstated, and by 1725 his following was in control of Scottish affairs. His relations with Walpole deteriorated after the Porteous episode (1736–7), and in 1742 his Scottish contingent in the Commons contributed appreciably to the minister's downfall.