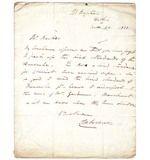 oxford
views updated
Germain, Lord George (1716–85), formerly Sackville. After a promising early career, both as politician and army officer, Sackville was court-martialled for disobeying orders at Minden in 1759. Stripped of his rank and forbidden the court, he did not rehabilitate himself until the 1760s, eventually becoming American secretary in 1775. It was expected that Germain (as he was now called) would invigorate the war effort against the American colonies, but difficulties of slow communication militated against effective direction from Britain. Germain, moreover, never achieved complete control, since fellow cabinet members jealously guarded their own authority. A flawed strategist, he must share responsibility for the defeat at Saratoga (1777), having authorized two separate offensives, mistakenly hoping that each might succeed independently. He continued to hope, despite contrary evidence, that each fresh campaign would tap latent American loyalism, and was predisposed to favour the more ambitious Cornwallis over Commander-in-Chief Clinton. Germain's attitude exacerbated defects in the command structure during the prelude to Yorktown (1781). Despite this disastrous defeat, he opposed abandoning the war and resigned in 1782. He was created Viscount Sackville on his retirement.

David Lloyd George , The English statesman David Lloyd George 1st Earl Lloyd George of Dwyfor (1863-1945), was prime minister from 1916 to 1922. Although he was one of Br… George I , George I (Great Britain) (1660–1727; Ruled 1714–1727) GEORGE I (GREAT BRITAIN) (1660–1727; ruled 1714–1727), king of Great Britain and Ireland. Georg… Thomas Pelham-Holles duke of Newcastle , Newcastle, Thomas Pelham-Holles, 1st duke of (1693–1768). Newcastle held important offices of state for over 40 years. The attention devoted to his p… Command And Control Systems , Command and Control Command and Control. In the military, the term command and control (C2) means a process (not the systems, as often thought) that… George Calvert , Calvert, George CALVERT, GEORGE CALVERT, GEORGE (1580?–1632), secretary of state and privy councillor under King James I of England; the first Lord B… George Augustus Eliott 1st Baron Heathfield Of Gibraltar , Heathfield, George Augustus Eliott, 1st Baron Heathfield, George Augustus Eliott, 1st Baron (1717–90). Eliott, a younger son of a Scottish baronet of…