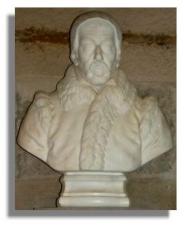 oxford
views updated
Buchanan, George (1506–82). The most distinguished Scottish humanist of his era, Buchanan was born near Killearn in Stirlingshire and educated primarily at Paris, where he quickly gained a reputation as a neo-Latin poet and dramatist of rare distinction. Deeply influenced by Erasmus, his strongly anticlerical views led to frequent brushes with authority culminating in imprisonment by the Portuguese Inquisition. The date of his conversion to protestantism is unknown, but on his return to Scotland in 1561 he was associated both with the court of the catholic Mary Stuart and with the new protestant kirk. Following the queen's deposition in 1567, he emerged as the most influential of Mary's detractors, justifying resistance to tyranny in his elegant dialogue De jure regni apud Scotos (1579) and his monumental Rerum Scoticarum historia (1582). Both were dedicated to Mary's son James VI, whose education at Buchanan's hands profoundly influenced the king's own belief in his divine right to rule.

Mary Of Guise , Mary of Guise (gēz), 1515–60, queen consort of James V of Scotland and regent for her daughter, Mary Queen of Scots. The daughter of Claude de Lorrai… Scotland , Though only a small and poor kingdom on the far edge of Europe, Scotland remained in close touch with Renaissance ideas and culture. This connection… Mari , Mari MARI , one of the principal centers of Mesopotamia during the third and early second millennia b.c.e. The archaeological and epigraphical discov… Virgin Mary , In Byzantine icons and Western medieval art, the most common deathbed scene is that of the Virgin Mary. In her study of Marian iconography, Gertrud S… Marie Antoinette , Marie Antoinette (1755–1793) Austrian-born queen of France whose misfortune was to be the wife of Louis XVI when that monarch was overthrown in the F… Mary Queen Of Scots , Mary Queen of Scots Mary Queen of Scots Mary, Queen of Scots (1542-1587), was queen of France and Scotland and claimant to the throne of England. As…